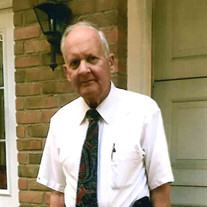 William Barry “Bill” Strom, Jr. passed peacefully in the home he and his wife built in Genoa Township, Delaware County on July 2, 2021. He was born May 16, 1944 in Milwaukee, Wisconsin, and was raised in Rochester, New York. He was the son the of late William Barry Strom, Sr., and the late Virginia (Rice) Strom. Bill married his wife Maurine September 4, 1976 at Trinity United Methodist Church in Columbus. He is survived by his loving and devoted wife Maurine Louise (Outcalt) Strom, his loving daughter Dori-Kay Virginia Strom and her partner Chris Breech, and his sister Kathleen (Bruce) Holtje, and the family’s beloved dogs. He attended the State University of New York, Morrisville, and graduated from the Rochester Institute of Technology with a BS in Business Administration. He worked several years for Chresrown Oldsmobile and retired from The Edwards Company after 20 years. Bill served in the US Air Force from 1969 to 1975 as a pilot and obtained the rank of Captain. He was awarded the Distinguished Flying Cross, the Air Medal with 3 Oak Leaf Clusters, and several other medals and ribbons. He was a thirty-five-year member of and three-time Master of Masonic Lodge 684. He was also a member of Shriner’s Aladdin Temple, Columbus. He had a great passion for antique cars, especially his 1934 Ford Roadster and his 1932 Ford Coupe. He also had a passion for music, playing in several bands. He loved big band music. He played violin (‘fiddle”) and guitar, and enjoyed singing karaoke with his daughter. He also loved reading, especially historical non-fiction. Bill was known for his intelligence and his sarcasm. In a memory shared for the 50th reunion of his elementary and junior high school class, he wrote: “My former classmates would be surprised to know that I have not done any jail time.” His guiding principle was: “Anything worth doing is worth doing well.” He said that the most important thing he had learned in life is: “Life is a journey. Things and situations are constantly changing, yet all I ever needed to know to complete the journey I learned in grade school.” A special thank you to Dr. Eugene Fu, his cardiologist for over 20 years. Also thanks to close friends Glen and Louise Golden, Ralph and Mary Reid, Howard Bard, and Jim Frasora for their devotion and support. Calling hours with be Tuesday, July 13 from 5:00 pm to 8:00 pm at SCHOEDINGER NORTHWEST 1740 Zollinger Road, Columbus. The funeral will be Wednesday, Jul 14 at 11:00 am at Trinity United Methodist Church, 1581 Cambridge Boulevard, Columbus, with burial to follow at Glen Rest Cemetery, Reynoldsburg. In lieu of flowers, please make donations in Bill’s name to the Burn Center at Shriner’s Hospital for Children, Dayton, or On Our Sleeves, National Alliance for Children’s Mental Health, at Children’s Hospital, Columbus.

The family of William "Bill" Strom created this Life Tributes page to make it easy to share your memories.

Send flowers to the Strom family.