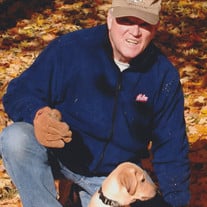 William B. Pirnat (January 22, 1944-July 6, 2021) William Burton Pirnat was born the youngest of 3 sons on January 22, 1944 to Edith Mabel (Tulloch) and Joseph Pirnat. "Bill" grew up on West 95th St. in Cleveland with his older brothers Roger (deceased) and Edwin, then moved to Bay Village, Ohio where he graduated in the Class of 1962. He was well-known at Bay High as a friend to many with his outgoing personality, infectious laugh, and love of activities and sports-notably in track and field and as a captain of the football team. He attended Ohio University and eventually finished his Bachelor's degree in Marketing at Cleveland State University in 1976. His career began in sales at Westinghouse Electric in Cleveland, Ohio and continued as District Sales Manager at Gould in Pittsburgh, Pennsylvania. In 1986 he moved the family to Columbus, Ohio where he joined his brother as a partner in his firm as manufacturers' representatives in the HVAC industry. Although Bill was known for his tenacity and work ethic in all things, he considered his family to be his most important vocation. His greatest aspiration was to be a devoted husband, father, brother, grandfather, uncle, and friend. His selfless dedication to family was evident by his daily attendance at dance recitals, band concerts, fundraisers, and literally every sport imaginable as a coach, mentor, spectator, and fan! He celebrated 50 years of marriage to the love of his life, Carol Jane Glaser, on March 27th, 2021. They were blessed with 3 wonderful children Kimberly Jane (Matt), Ryan William (Jennifer) and Kyle Jacob (Ann Marie). His deep faith, determination, and love of family inspired many and kept his spirit strong through the challenges of his 8 year battle with Merkel Cell Carcinoma. He was greatly loved and will be sorely missed not only by Carol, Kim, Ryan, and Kyle, but also 10 grandchildren: Lindsay, Matthew, Sean, Andrew, Heidi, William, Luke, Beau, Charlotte, and Elena; and 8 great-grandchildren: Elisabeth, Isaac, Peter, Nathan, Emma, Madeline, Alice, and Heidi. In honor of Williams life a memorial service will be held on Saturday July 31, 2021 starting at 11am at Worthington Christian Church 8145 N. High Street, Columbus. OH 43235. In lieu of flowers, please consider a donation to the Cancer Strategic Support Fund at giveto.osu.edu

The family of William Pirnat created this Life Tributes page to make it easy to share your memories.