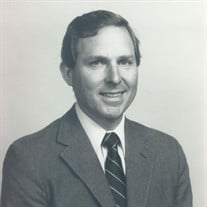 Dr. William Teachnor Paul, age 90, passed away Wednesday, November 4, 2020. He was born on April 23, 1930 in Bexley, OH to the late Carey Bell and Martha (Teachnor) Paul. He is preceded in death by his wife of 63 years, Barbara Waite Paul, as well as his brother Dr. Carey B. Paul III. Bill is survived by his son Jim Paul; daughters Martha (John) Schwartz, Catherine (Gilbert) Urcheck, Anne (Patric) McLaughlin; grandchildren Amanda Laddie, William, Daniel, and Leland Schwartz, Jared and Jacob Urcheck, Aidan and Elizabeth McLaughlin. Bill graduated from Bexley High School in 1948, where he swam, played tennis, and obtained the rank of Eagle Scout. He then graduated from Washington Jefferson University, Magna Cum Laude, in 1951 and from Temple Medical School in 1955. While at Temple, his roommate introduced him to The Adirondack League Club in upstate NY. They stayed at his father's cabin on First Bisby Lake, where he would later return to purchase his own Bisby camp and start a lifetime of family memories. After medical school, Bill interned at Mt. Carmel Medical Center in Columbus, OH, where he met the love of his life, Barbara Waite. She followed him to Newport, RI, where he served as a Lt. in the US Medical Corps. They were married in 1957 on the US Naval Base in Newport at the Chapel By The Sea. After two years of service, they returned to Bexley to start a family and for Bill to join his brother Carey in Private Family Practice. Bill was actively involved in the medical community, both during and after leaving his private practice in 1979. He joined the medical staff at Mt. Carmel Medical Center in 1958, made regular rounds at St. Anthony's hospital from 1958-1979, taught Family Practice Medicine at The Ohio State University from 1983-1997, was Director of the Mt. Carmel Family Practice Residency Program from 1979-1995, and was a staff physician at M.E.P.S. from 1998-2013. He was proud of his association with, and of his families' history of service to Mt. Carmel Hospital. Both his grandfather and uncle, Dr. Wells Teachnor and Dr. Wells Teachnor Jr. were the Chief of Medical Staff at Mt. Carmel, as well as his brother Dr. Carey Paul. He was an advocate for Family Practice Medicine and served as Legislative Subcommittee Chair for The Ohio Academy of Family Physicians from 1978-1990, was President Elect and President of The Academy of Medicine of Columbus and Franklin County from 1983-1985, and was an Alternate Delegate and Delegate to The Ohio State Medical Association, 1983-1996. Along with his many medical associations, Bill was also a Phi Beta Pi, a member of The Rocky Fork Hunt and Country Club, The Adirondack League Club, a two time member of the Orvis Doubles Club, and a lifelong member of St. Alban's Episcopal Church. While pursuing his medical career, he and Barbara raised four children in Bexley. He enjoyed teaching them and including them in his many hobbies and interests. Whether in the backyard, at his cabin, or on the family farm, they learned lifelong skills and adopted his passion for hunting, fishing, and the great outdoors. His passion took him near and far; from his cabin in the Adirondacks to Yellowstone/Grand Teton National Parks, Canada, and the hills of southern Ohio. Always a dog and a rod by his side, he never failed to find a stream or pond in which to drop a fly or dunk a worm. He shared those travels with his wife, children, and grandchildren. "Boops" or "Buppa" loved nothing more than to see them catch a fish or bag a deer and was more than happy to lend a hand when needed. He was well known for his subtle wit, calm demeanor, and sharp eye. Even at 90, he could spot a hawk at the top of a tree, hook a worm, and garner a chuckle or two. His wit and wisdom were well documented in the dozens of articles he wrote for the Bulletin, a publishing from the Academy of Medicine in Columbus. He wrote about his life, his family, those he met, and anything else that deserved some teaching and attention. Mostly, he gave a snapshot into the mind of an intelligent, humble, and devoted man. He devoted his life to family, medicine, church, his dogs, and outdoor pursuits. He was deeply loved and will be sorely missed. The family would like to thank his friends at M.E.P.S. for keeping him young and the staff at Kensington Place, Options Home Services, and Capital City Hospice. Due to our time of global concern, A Memorial Service will be scheduled at a later date when it is safe to gather. Arrangements entrusted to SCHOEDINGER MIDTOWN Funeral Home. Visit www.schoedinger.com to view Bill's memorial video, extend condolences to his family, and find updates concerning his Memorial Service. In lieu of flowers, donations may be made out to St. Alban's Episcopal Church or the charity of your choice.

Dr. William Teachnor Paul, age 90, passed away Wednesday, November 4, 2020. He was born on April 23, 1930 in Bexley, OH to the late Carey Bell and Martha (Teachnor) Paul. He is preceded in death by his wife of 63 years, Barbara Waite Paul, as... View Obituary & Service Information

The family of Dr. William Teachnor Paul created this Life Tributes page to make it easy to share your memories.

Send flowers to the Paul family.