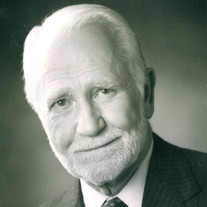 William Wiltshire Lamkin (Bill), 87, of Columbus, passed away on May 6, 2021. He was born on April 22, 1934, in Yazoo City, Mississippi, to James and Ione (Wiltshire) Lamkin. Bill was united in marriage with Bartrella Ann Romero on November 25, 1961. He was a loving husband, proud father, uncle, grandfather, and a loyal friend. Bill was admitted to the Ohio Bar in 1965 and was licensed in Ohio, Mississippi, and various federal courts. He received his bachelor's degree in Economics from The Ohio State University and his law degree from the University of Mississippi. He was an Advocate of the American Board of Trial Advocates and a member of MENSA. Bill initially worked as an assistant prosecutor and then began his private practice in 1968. Over the years, Bill was a role model and mentored many lawyers who have gone on to become successful lawyers. Bill was the consummate southern gentleman. Rarely did an agreement need to be in writing; all that was necessary was a handshake, as his word was his bond. His generosity was legendary. Although not a traditionally religious man, he was known to say how important it was in life to "cast your bread upon the water", and he did so all the time. Bill Lamkin was a wonderful, complex man. He was brilliant yet would laugh at the silliest of jokes. He was soft spoken, but his words carried tremendous weight. He never liked to draw attention to himself, but he was completely unforgettable. He was incredibly proud of his children and grandchildren. Bill will be dearly missed. Bill is survived by his loving wife of 58 years, Bartrella; daughter Suzanne (Doug) Heck of Batavia, IL; two sons, Jim of West Virginia, and Bill of Los Angeles, CA; sister-in-law Sharon Coulter; and grandchildren Patrick, Ethan, and Piper Heck. No funeral services will be held due to the pandemic, but a memorial service will be held sometime this summer when conditions permit. Arrangements entrusted to SCHOEDINGER NORTHWEST.

William Wiltshire Lamkin (Bill), 87, of Columbus, passed away on May 6, 2021. He was born on April 22, 1934, in Yazoo City, Mississippi, to James and Ione (Wiltshire) Lamkin. Bill was united in marriage with Bartrella Ann Romero on November... View Obituary & Service Information

The family of William Wiltshire Lamkin (Bill) created this Life Tributes page to make it easy to share your memories.