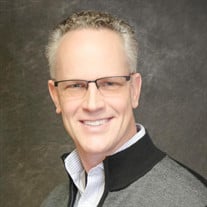 Watch webcast for William “Bill” Jones: https://webcasts.lifetributes.com/1159869 William Edward Jones, 53, died on August 30, 2021 in Vanderbilt University Hospital in Nashville, Tennessee. He was born on October 29,1967 in Long Island, New York to Roger and Kathleen Jones. He graduated from Walton Central School in Walton, New York in 1985. He then graduated from West Point Academy in West Point, New York in 1989. He had obtained degrees in engineering and economics. Bill served in tours of duty in Germany and in the Persian Gulf with the US Army during the Desert Storm era. Bill owned Unitas Financial Services and acted as President for 26 years. Bill had a very generous spirit and unbounding energy with a great love for life. He was a fearless risk taker in almost everything he wanted to accomplish. Many people were drawn to him by his overwhelming positivity, his quirky sense of humor and many times a childlike optimism and wide-eyed wonder of the world around him Each day was new and full of hope and possibility. His beautiful smile was able to light up any room. He was adored by many, truly loved by even more including his wife, children, stepchildren and the little girl who called him, by his request, “grandpapa.” His favorite pastime was in the outdoors, climbing around the Sierra Madre mountains looking for elk and whatever else crossed his path. He was an avid hunter of turkey, deer and elk. In the last couple of years, with a lot of her suggestions and requests, he used one his wife’s cameras to photograph, “shoot”, the things he saw and loved to look at instead of only using that time for hunting. Bill took some beautiful photographs of what he loved in the outdoors. He also treasured the time, as much as he possibly could when not growing his company, with family and friends. He lived a very charmed life but worked very hard making it all mesh together. Bill was definitely a one of a kind, self-made man. The kind of man you only read about in books and never meet. If you are reading this; you were one of those lucky ones who did get to befriend Bill. He will be greatly missed by his wife, Millie Franz; children, MJ Torres, Caleb Jones, Moriah Jones, Micah Jones, and Christian Jones; stepchildren, Phillip (fiancé Katie Wolfe) Franz and Ilkaa Jillson; his granddaughter Aanika Jillson; siblings, Kathleen Jones, Robert (Lisa) Jones, Nancy Jones, John (Lisa) Jones, Anne Hawke; 17 nieces and nephews and countless friends and other family members. Arrangements entrusted to Schoedinger Dublin where a visitation will be held on Wednesday, September 8, 2021 from 4-7pm. A funeral service will be held there on Thursday, September 9, 2021 at 10am followed by burial at Union Cemetery. Bill’s family requests masks to be worn for all indoor events. In lieu of flowers, memorial contributions may be made to Wounded Warrior Project in Bill’s memory.

The family of William "Bill" Jones created this Life Tributes page to make it easy to share your memories.

Send flowers to the Jones family.