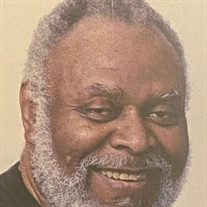 William H. Camp, aka “Billy” to his friends, “Dad” to his sons, “Daddy” to his daughter and “PawPaw” to his grandkids, died Tuesday, November 2, 2021 at his home in Baltimore, Ohio. He grew up in Dayton, Ohio with his only brother Virgil “Birdie” Camp being raised by his mother |Mrs. Mary Ellen Lillard and grandmother Mrs. Mamie White. He worked for many people and businesses, the one he spoke of fondly was when he was employed by Ohio Governor James Rhodes. Just after leaving there, he met his wife Joann “JoJo” Camp who preceded him in passing. They had a daughter together and he lovingly embraced her three sons as his from the first moment. Together, they raised Jeff, Jerry, Joel and Billie Jo, who went on to provide many grandchildren to spoil and love. He worked mostly as an over-the-road truck driver for several companies and retired from the profession. He spent his retirement enjoying his family and friends. Billy is survived by his daughter, Billie Jo Camp-Donovan and her husband Joseph P. and their children, Jayma, Joseph Jr. (Megan), J.J., and B.J; best friend and brother, Kenneth “JJ” Jordan Jr.; son, Jerry C. Watters; son, Jeffrey Watters and his sons, Jonathon and Joshua (Lindee); son, Joel C. Camp and children, Isabella Camp and Julian C. Camp- preceded him in death. Billy was honored by Transcon for saving a tractor from a fire and for stopping while at work driving a load to save a man’s life. He was given an honorary card by his fellow drivers naming him President of the Turtle Club. He enjoyed playing the guitar and loved his corvette and working on it. Billy was a longtime member of Teamsters Local # 413. Graveside services will be held 12 Noon Wednesday, November 17, 2021 at Forest Lawn Memorial Gardens, Columbus, Ohio 43213. In lieu of flowers, contributions may be made to Fair Hope Hospice, Lancaster, OH 43130, in Billy’s memory. Arrangements Entrusted to SCHOEDINGER EAST, 5360 E. Livingston Avenue, Columbus, OH 43232. Please visit www.schoedinger.com to share a memory or send condolences to Billy’s family.

The family of William "Billy" Camp created this Life Tributes page to make it easy to share your memories.

Send flowers to the Camp family.