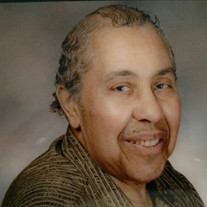 Thomas J. Campbell aged 84, passed away Sunday, January 31, 2021. Born October 21, 1936 to William and Helen Campbell, Tommy was one of four children. Being the only boy, he took advantage of many chances to scare his sisters. Tommy was a member at Second Baptist Church at an early age. In his later years there he was ordained a Deacon. Later years, he joined First Baptist Church. Tommy graduated from East High School in the class of 1954. Then served in the United States Army. Tommy formed many deep, life-long friendships, living in his neighborhood that lasted until his death. These bonds continued as he participated in two monthly breakfast groups. Joe Carmichael started The Cracker Barrel group where eight friends gathered monthly, in fellowship. Now only two members survive. The East High and Friends Breakfast Gathering at Golden Corral, started out with just East High graduates, but many members had friends around the city that graduated from other schools, who wanted to be a part of the group, too. Tommy and David Thompson coordinated get-togethers to share fellowship with friends and to help their beloved Alma Mater and community. Growing up, Tommy loved the outdoors. He enjoyed playing marbles and had quite a collection. He played football and loved running races. He was very fast. He liked collecting snakes, of all things! He would often scare his family by bringing home snakes. One time, his biology teacher asked if anyone knew where they could get worms or snakes for dissecting in class. By lunch time, he brought a big bag full of squirming things to dissect. Tommy liked to try new things too, like hopping trains, or playing on the train tracks. As an adult he became a lover of trains. Visiting trains, and train museums and making train landscape and train scenes from whatever materials he thought would work. Tommy enjoyed being around water. He loved fishing and roller skating, both as a youngster and as an adult. He would go skating almost every night in town or out, depending where the open nights for African Americans were allowed. He enjoyed bike riding and ran errands for the neighbors when he was young. Tommy loved to dance. Tommy had many hobbies that he loved! Some he didn’t do as he got older, but the love was still there. After his first heart attack, Tommy became serious about fitness. He even ran in several marathons. His commitment to daily workouts, added many years to his life. As a result of his commitment, Grant Hospital recruited Tommy as a volunteer to talk to other heart patients about joining a fitness facility, to stay active and help their health. Because of Tommy’s passion, many patients joined Grant’s Fitness program and were pleased that they did. Tommy loved to sing and had a very good voice. He was scared to sing solos but he did anyway, and sang some duets with his wife too. Tommy was a member of many choirs over the years, The Concord Choir under the direction of Robert Anderson, and The Paul Laurence Dunbar Singers choir under the direction of Frank Cleveland, (known through the years for their spirituals and anthems.) He also joined the choirs at First Baptist Church, the Chancel Choir under the direction of Leonard Napper Jr. and The Gospel Choir and Men’s Choir under the direction of Larry Farrow. Tommy worked at Lee’s Style Shop on Mount Vernon. At that time, it was the “go to” place, to buy the best attire for men, women and children. Pastors would come for their suits, ties and dress shirts. Tommy loved his job. He started working there at the age of eleven. He would do chores around the store after school. As he got older, he rose through the ranks to become the manager of the store. Everyone knew him and called him “Mr. Lee” because of the store’s name and their song ad. Tommy retired after 54 years of service to Lee’s. Tommy’s served his community in many ways. He worked with the school systems to help students in the career programs. He gave workshops for students interested in careers in the clothing industry and offered students part time jobs where they could learn from his experience. On his only day off work, he drove the church bus for Second Baptist church. He picked up students at OSU and in neighborhoods so they could attend church. Tommy served on the Mount Vernon District Association for many years. WOSU interviewed Tommy about the history of the life and businesses on the Mount Vernon Ave, for their program Columbus Neighborhoods. https://columbusneighborhoods.org/documentary/king-lincoln-full-documentary/. Tommy was preceded in death by his parents, William and Helen Campbell, sister Drucilla (Albert) Pruitt, and daughter, Carla Campbell. He is survived by his loving wife, Alicia Jenkins Campbell, daughter, Janet Holloman, sisters Phyllis Coke and Jennie (Kenneth) Crockett, grandchildren: Rodney Howell Jr., Jonathan, Jacob, and Jayla Holloman, and great grandchildren. He also leaves many nieces and nephews, and cousins. Tommy was blessed with longtime friends who kept in touch, especially was grateful during his illness. Everett (Reggie) Sanders, Wardell (Mary) Chisholm, Rudy Carter, and Joe Carmichael.

Thomas J. Campbell aged 84, passed away Sunday, January 31, 2021. Born October 21, 1936 to William and Helen Campbell, Tommy was one of four children. Being the only boy, he took advantage of many chances to scare his sisters. Tommy was a member... View Obituary & Service Information

The family of Thomas Campbell created this Life Tributes page to make it easy to share your memories.

Send flowers to the Campbell family.