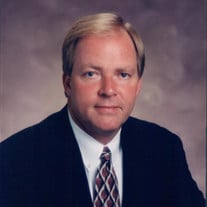 Samuel Shoemaker Calhoon July 13, 1949 - April 20, 2021 (71) Passed at Riverside Hospital as a result of a severe fall, followed by surgery and blood clot complications. He was surrounded and comforted by his large family during the final hours. Preceded in death by parents J. Thomas and Sarah Mae (Shoemaker) Calhoon and parents-in-law Art and Kay Nicholls (Galion, OH) Survived by his wife of 46yrs, Bonnie Nicholls, married May 1,1976, sons, Benjamin Samuel (Lauren) and Joshua Thomas Joseph (Julie) all of Columbus, daughter Cara Calhoon (Jon) Relkin, Charleston, SC, six grandchildren calling Sam, Pa Pa and Pops; Samuel Joseph, Scarlett Oliva and grandson due July, 2021; Preston, Jocelyn, Brooklyn, and Madison Mae all of Columbus and Remington (Remy) James Relkin, Charleston, SC. Brothers; Thomas Franklin (Donnette) Donald Finley (Joanne) Hilton Head Is, SC and Robert Porter (Barb) Calhoon of Columbus. And over 20 nieces and nephews from the Calhoon, Nicholls, Nussbaum, and Weithman families. Graduated HIlliard High School 1967, served as Sophomore Class President and wrestled at 103 lbs, AFTER eating lunch and weighing in "wearing his shoes", at 98 lbs. A 10yr 4-H member showing sheep with his Brothers at Franklin County and Ohio State Fairs and Camping at 4-H Camp Ohio. After earning his BA in Journalism from Ohio State University and writing for the OSU newspaper, The Lantern, Sam was Commissioned 2Lt in the US Army, serving in the Infantry at Ft Benning, Ga. Upon returning home after his Army commitment, he joined his mother and brother at Kent Real Estate. Sam Co-Founded, with his brother, Calhoon Company, REALTORS June 22, 1978 and later they also Co-Founded BuyOhio Better Homes and Gardens, Prudential Calhoon Company and Berkshire Hathaway Calhoon Company, REALTORS, with offices in Arlington, Dublin and HIlliard. Sam received the 1, 5, 10 and 25 Million Dollar Club Awards and the Columbus Board of Realtors, LifeTime Achievement Award, The Prudential and Berkshire Hathaway President's Circle Awards. During his 47yr career, Sam served as President of both the NW Area Realtors Association and the 10,000 agent, Columbus Board of Realtors, as well as, a Director of both the Columbus Board and Ohio Association of Realtors Board of Directors, He was a 31 year member of Hickory Hills Golf Club, where (with an audience) he achieved a hole in one on the 16th hole. He was also a member of the Arlington, Dublin and HIlliard Chambers of Commerce, The Upper Arlington Civic Association, The OSU President's Club and with his three Brothers, Delta Tau Delta Fraternity. He enjoyed golf and hunting with his Father, Brothers and Loving Dogs, beginning with a Weimaraner, Luggar and finally his beloved, Charlie, a Golden Retriever. In lieu of flowers, please consider donating to The Samuel Shoemaker Calhoon Family Scholarship Fund at The Columbus REALTORS Foundation 2700 Airport Dr. Columbus, OH 43219, https://www.columbusrealtors.com/donations/general/ or Speak for the Unspoken (dog rescue) https://www.speakfortheunspoken.com/give, PO BOX 304 Grove CIty, 43123. Sam will always be remembered for his quick wit and storytelling (he never let the facts get in the way of a good story). Sam and Bonnie are deeply and forever grateful to their loving family, the hundreds of Realtors, Fraternity Brothers and Friends that have supported his career and enhanced their life. Sam's family was always his greatest joy! Calling hours: 2pm-5pm Sunday April 25th Schoedinger Funeral Home, 1740 Zollinger Rd Private Family Services, Wesley Chapel Cemetery, Dublin Rd The Family plans to host a Celebration of Life Event, in the Summer or Fall.

Samuel Shoemaker Calhoon July 13, 1949 - April 20, 2021 (71) Passed at Riverside Hospital as a result of a severe fall, followed by surgery and blood clot complications. He was surrounded and comforted by his large family during the final hours.... View Obituary & Service Information

The family of Samuel Shoemaker Calhoon created this Life Tributes page to make it easy to share your memories.

Send flowers to the Calhoon family.