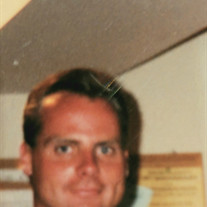 Roger Axel Abrahamson Jr., age 53 of Westerville, Ohio, passed away on Wednesday, July 14, 2021. He was born on September 30, 1967 to Roger and Patricia Abrahamson in New Port, Rhode Island. Roger graduated from Dighton-Rehoboth Regional High School in Rehoboth, Massachusetts, then in 1989 he received his BA in Sociology and Music from St. Olaf College in Northfield, Minnesota and he studied for his Masters in Sociology and Criminology at The Ohio State University in Columbus, Ohio. He has worked and lived in the Columbus area for over 30 years and to say that Roger was an avid Ohio State fan would be putting it lightly. He was very talented and possessed the greatest skills in the art of salesmanship, leadership and definately was very intelligent. Roger loved fishing, music, Swarovski Crystals, osu Buckeyes, movies, United Airlines, and Nissan. His family and friends were very important to him and he kept them close to his heart, he was a loving husband, dad, papa, son, brother, and friend and will be dearly missed. Roger leaves behind his loving wife, Christina; four daughters, Krysten, Kayla, Kimberly and Kelsey; his granddaughter, Ayzraela; his parents, Roger Sr. and Patricia; his three siblings, Margaret, Scott and Christina; nieces and nephews; and other family members, friends and his beloved cat, Tabby. The family will have a celebration of Roger's life in Rehoboth, Massachusetts at his family's home, the place where he grew up and where he will rest.

The family of Roger Abrahamson Jr. created this Life Tributes page to make it easy to share your memories.

Send flowers to the Abrahamson family.