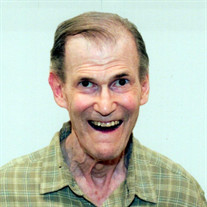 RICHARD VOORHEES CUMMINS Richard V. Cummins (Dick), age 77, passed away on September 2, 2021 at Ohio Health's Kobacker House following a courageous 15 year battle with Parkinson's Disease. Richard was born October 7, 1943 in Cincinnati, Ohio to Charles M. and Jane Voorhees Cummins, both natives of Columbus, Ohio. He graduated from Upper Arlington High School, class of 1962, where he was a member of the varsity track and football teams. He attended OSU and Franklin Universities prior to serving four years active duty as an electrician's mate in the U.S. Navy aboard ships on the east and west coasts. A long-time resident of Virginia Beach, Virginia, Richard was married to Ingalill (Tina) Cummins, a native of Helsinki Finland, for 42 years, prior to her death in 2012. He retired from the Xerox Corporation following a thirty-year career as a technical representative in Tidewater, Virginia. His responsibilities included contracts with the Navy where he was frequently on-board today's fleet of aircraft carriers-an especially rewarding activity. A devoted family man, Richard enjoyed singing in his church choir and other community service with the Lions Club of Norfolk, Virginia. He is survived by his son, Kurt Martin Cummins of Virginia Beach, Virginia and by sister, Joan Cummins, with whom he shared a condo at Friendship Village of Dublin, Ohio. The family wishes to express heart-felt appreciation to the medical and nursing staffs of Riverside Methodist Hospital, (Units 4 and 6 South and 7 Silver) and at Kobacker House for their expertise and compassionate care. Contributions to the Parkinson Research Foundation, P.O. Box 96318, Washington DC 20090-6318, www.ParkinsonHope.org are sincerely appreciated. Cremation is planned and services will be private.

The family of Richard Voorhees Cummins created this Life Tributes page to make it easy to share your memories.