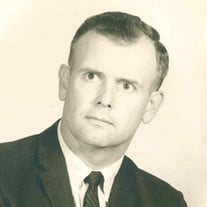 Raymond Orlo Fatig Jr. was born March 3, 1929 in Lancaster, Ohio as the first-born son to Raymond Orlo Fatig Sr. and Josephine Powers Wilson Fatig. His brother, Bernard WIlson Fatig, was born 13 months later. Ray’s family moved from Lancaster to Newark, Ohio where he attended school. After graduating from high school, Ray went to study art at Kent State University. While in college, he would ride his Harley Davidson motorcycle back and forth between home and school. At Kent State, he met Beverly Springer, who after sharing rides with him on his motorcycle, decided that she would become his wife. After Beverly graduated from Kent State, she and Ray were married on July 26, 1952. Ray was drafted into the Army and was sent to Alabama for training and then to White Sands, New Mexico where he worked on guided missile projects. During the early years of their marriage, they lived in a trailer on the base. Their first child, Raymond (III), was born at a hospital in El Paso, Texas. The new family moved back to Ohio one year after Ray’s service was up. They pulled their trailer from New Mexico back to Ohio. Back in Ohio, the family grew with the arrival of the twins, Patrice and Michele. His youngest child, Megan was born in 1961, but died from injuries received from a car accident in 1967. Ray suffered with a broken leg from that same accident. Ray had a variety of jobs during his work career. Ray worked as an x-ray technician at The Ohio State University Hospital. He was also employed for 15 years as an assistant electrical engineer at Western Electric. He then worked as a repair technician for Liquibox who made ice cream treats. He ended his official work as a computer programmer for The Columbus Public Schools after completing an associate degree at Columbus State. Ray was very active in church. He and Bev helped found Karl Road Christian Church as charter members. Ray sang tenor in the church choir for many years. His tie collection was legendary as he had many different ties for all occasions. He also served as a deacon, elder, board member, and financial secretary for several years and as a property steward for the church for a long time. Ray was known for his love of entertaining anyone he met. He had his repertoire of jokes ready for any occasion. He was able to entertain many toddlers with his ability to wiggle his ears. He was known as the “fun uncle” by his nieces and nephews. Ray also loved working on cars. A family standard song would be his children singing “I see Daddy’s paradise” whenever they passed a junkyard when they were traveling in the car. Ray enjoyed being a grandfather when Ray III and his wife Jody had Brent Christopher Fatig. Brent and his wife Brittan provided Ray with the opportunity to entertain his great grandsons Garrett, Holden and Warner. Michele and her husband Tim Koenig benefitted from Ray’s knowledge when he offered his expertise when they built their house in the early 1990’s. Ray was talented as an artist, but did not pursue his talent much beyond his college days. He did have some of his artwork published by his brother-in-law, James Springer, who had a business selling Ohio State scene notecards. Ray and Bev traveled the United States after they retired. Trips up to Alaska with daughter Patrice and grandson Brent, and retracing Route 66 were some of the adventures they took. They were able to complete seeing all of the 50 states when they went to Hawaii to celebrate their 60th wedding anniversary. There will be a memorial service at Schoedinger’s Worthington Chapel early in March. In lieu of flowers, the family requests donations to the Camp Christian Scholarship Fund (www.ccinoh.com link under Camp Christian) or mailed to Camp Christian 10335 Maple Dell Drive Marysville, Ohio 43040 or a donation to your local food bank.

The family of Raymond Fatig Jr. created this Life Tributes page to make it easy to share your memories.

Send flowers to the Fatig family.