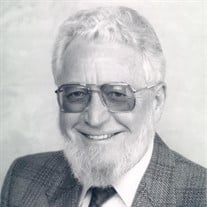 Rahe B. Corlis, Ph.D., age 87, of Upper Arlington, Ohio died on Tuesday, March 9, 2021 at Kobacker House. Rahe Corlis was born on August 30, 1933 in Cincinnati, Ohio the second son of Leming Bassett Corlis and Lucille Kramer Corlis. Also preceded in death was a brother, Leming B. Corlis, Jr. He is survived by his wife of 38 years Patricia A Child, daughter Michelle Corlis, step son James R Child (Laura) and step daughter Laura McConnell (Douglas), and two grandchildren James and John. Dr. Corlis graduated in 1955 with a B.A. and a major in Psychology, an M.A. Degree in Clinical Psychology in 1957, and a Ph.D. Degree in 1960 in Clinical Psychology all from The University of Florida. He was a staff psychologist at the Columbus Psychiatric Clinic from 1960 to 1961, Director of Psychology Intern Training Program from 1961 to 1962, and Coordinator of Psychological Services, Instructor in the Department of Psychiatry at the Ohio State University Hospitals from 1962 to 1963. From 1963 to 1967, he was Coordinator of Clinical Psychological Training and Assistant Professor in the College of Medicine at the Ohio State University. He was Clinical Assistant Professor in the College of Medicine at the Ohio State University from 1965 to 1992. He was also on the teaching staff and consultant to Harding Hospital from 1986 to 1994. He was in private practice from 1967 to 2020 when he retired. He was a member of the American Board of Professional Psychology (ABPP) with a specialty in Clinical Psychology (Fellow of the Academy of Clinical Psychology, (FAClinP) He contributed greatly to the field of psychology teaching practicum laboratories, courses, and seminars to graduate students in clinical psychology at the Ohio State University. He taught formal courses and seminars to psychiatric residents and medical students at the Ohio State University College of Medicine, Department of Psychiatry. He also conducted a weekly advanced professional continuing education seminar for psychologists and psychiatrists from 1977 to 1998. He was adjunct Assistant Professor in the Department of Psychology at The Ohio State University. He was a co- author of the book Psychotherapy From the Center published in 1969. He also served on the Ohio State Board of Psychology from 1994 to 1999. In lieu of flowers, please make contributions to his favorite charities: The Ocean Foundation, 1320 19th St., NW, 5th Floor, Washington, DC 20036 and The Ocean Conservancy, 1300 19th St, NW, 8th Floor, Washington, DC 20036. RAHE B. CORLIS In the middle of the last century there emerged from war-torn Europe a fresh and challenging new philosophy called existentialism. Among other things it summoned people to begin to live in the present, to become open to deep individual meanings born of total experience and not restricted to the ideas of others. It valued heightened awareness with strong and immediate contact with self and others. It was inevitable that this philosophy found its way into psychotherapy, the very theatre where persons struggle to become authentically alive. Existential psychotherapy moved through a new consciousness in places like California, New York, and Wisconsin. And then it found its way into Ohio. One of its pre-eminent leaders was Rahe Corlis, Ph.D. He had co-authored a book entitled Psychotherapy From the Center. It was a primer for those wanting to know about the implementation of these new principles. He brought this forward as a teacher to his medical students at The Ohio State University where he served as a professor in the Department of Psychiatry, and to many other psychotherapists who attended his seminars around central Ohio. And he challenged his patients that he treated individually and in groups over the years in his Upper Arlington office. Although he was highly knowledgeable in classical psychology with its emphasis on childhood neurosis and trauma, and of the emerging new therapies focusing on the correction of faulty thinking, he believed that the deeply effective work of psychotherapy took place in the current moment as a lived experience: mind, heart and physical sensation. Earlier he had studied with G.F. Perls, the founder of Gestalt psychotherapy. By challenging pretense and by opening closed boundaries, he called others into new depths of experience. He was an active member of The American Academy of Psychotherapists where Existential Psychotherapy passed its most critical testing. Rahe Corlis did not just teach a system of practicing psychotherapy. The principles applied to life outside the office. In this regard he sought to be fully open to aliveness in all ways-romping with his dog, learning to play his guitar, experiencing cuisine. But above all there was his coming alive on the coral reef. In scuba diving he could enter into a new world, living and moving as a guest among all the extraordinary creatures who interacted there. He and his wife Patricia mastered underwater photography, and they traveled to many select diving places in the Caribbean and the Pacific. They choreographed their photography to carefully selected music, and the presentation was not only a unique gift to friends but also merited public showings to rapt audiences. Tribute Written By, Dr. James Gebhart

The family of Rahe Bassett Corlis, Ph.D. created this Life Tributes page to make it easy to share your memories.

Send flowers to the Corlis family.