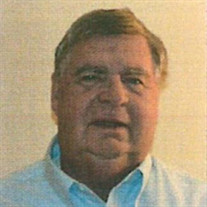 OPhillip L. Hobbs of Upper Arlington died at age 75 on August 17, 2021. He was born in Zanesville, Ohio, on March 2, 1946. After graduating from Lancaster High School in 1964, he graduated with a B.S. from Ohio State University and a Master of Science from Eastern Kentucky University. Mr. Hobbs served as a teacher, counselor, and administrator with Columbus City Schools for 42 years. He was a teacher and counselor at Barrett J. High, and an administrator at Hilltonia M.S., Beechcroft H.S., Ridgeview M.S., Walnut Ridge H. S. and Eastmoor H.S. He served as principal at Eastmoor M.S. and Eastmoor H.S. He received many awards for his educational and voluntary endeavors. He was recognized as the Ohio Administrator of the Year in 1990 and received many state and national awards for his educational programing. He and Linda moved to First Community Village in 2017, and he served as the Village Mayor for several years. He was preceded in death by his grandparents, father Donald Hobbs, and his mother Glenna Hobbs. He is survived by his loving wife of 53 years, Linda Hobbs; brother James Hobbs (Jean) of Bloomingburg, Ohio; and his nephews Jamey Hobbs (Amy), Jeff Hobbs (Carol), Jon Hobbs (Beth) and Josh Hobbs (Mary). He also is survived by his brother-in-law Clell Agler (Sharon). A gathering for family and friends will be held from 1:00 to 2:00 p.m. on Wednesday, September 8, at SCHOEDINGER NORTHWEST, 1740 Zollinger Road, with a service celebrating Phil’s life at 2:00 p.m. Interment at Union Cemetery on August 23. The family requests that memorial donations be made to First Community Village Foundation, Attn: External Affairs, 2245 N. Bank Drive, Columbus, Ohio 43220. Please visit www.schoedinger.com to share memories and condolences.

OPhillip L. Hobbs of Upper Arlington died at age 75 on August 17, 2021. He was born in Zanesville, Ohio, on March 2, 1946. After graduating from Lancaster High School in 1964, he graduated with a B.S. from Ohio State University and a Master... View Obituary & Service Information

The family of Phillip Lee Hobbs created this Life Tributes page to make it easy to share your memories.

Send flowers to the Hobbs family.