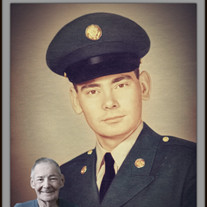 Paul E Bolin, U. S Army Veteran, age 77, passed away peacefully at his residence Saturday, September 4, 2021.He was born October 17, 1943, in Albany, OH to the late James C. Bolin Sr. and Pauline Bolin. Paul is survived by his loving wife of 49 years, Marlene Bolin, children; James (Jodi) Bolin, and Diana Bolin, grandchildren; Chase Bolin, Tyler Bolin and Christine Roumillat, great grandchild, Dean Jackson, sister-in-law, Christine Burchwell, brother-in-law, LeRoy Burchwell, nephews; Shane Burchwell, and Todd DeGregory, niece; Denise (Ethan) Poole along with other dear family and friends. In addition to his parents, he is preceded in death by, brother, James C. Bolin Jr., sisters, Edna Six, and Grace E. Thomas, uncle, Mack McCormick, and Aunts; Emma Jo McCormick and Madeline Boudinout. Paul was a very strong man who was devoted to his family. He graduated from Linden McKinley High School class 1961 and continued his education at Ohio State University studying Business. He then began his time in the Army where he traveled to Germany. Coming back, he found a job with AT&T/ Lucent Technologies, Clown Unit, where he retired after 30 plus years. Paul was very involved in his community being a part the Gahanna VFW American Legion post 797, MDAA T ball commissioner, being coach and umpire, and he was a part of Groveport Madison Athletic Boosters. Paul had many hobbies that included camping with family, going on weekend get a ways, riding his motorcycle and fixing up vehicles with his wife. He was a HUGE Cleveland Browns and OSU Football fan; he was always rooting for them. He was a bright presence in people's lives and will be missed deeply. The family would like to give a special thank you to Mt. Carmel Hospice, and his daughter Diana Bolin, for the devoted love and care put forth for him. Family will receive friends Saturday September 11th, 2021, from 9AM-11AM following a funeral service at 11AM at SCHOEDINGER EAST FUNERAL HOME, 5360 E Livingston Avenue. Please share a memory or send condolences to Paul's family.

Paul E Bolin, U. S Army Veteran, age 77, passed away peacefully at his residence Saturday, September 4, 2021.He was born October 17, 1943, in Albany, OH to the late James C. Bolin Sr. and Pauline Bolin. Paul is survived by his loving wife of... View Obituary & Service Information

The family of Paul Bolin created this Life Tributes page to make it easy to share your memories.

Send flowers to the Bolin family.