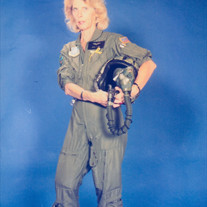 MYRNA CARLEEN MAIN PAYNE Daughter Olivia Maude Smith Main After graduating May 1956, from Virginia Intermont College, which is in Bristol, Virginia, we (my twin sister Mardell) returned to California. Our parents had moved from Strathmore... View Obituary & Service Information

The family of Myrna Payne created this Life Tributes page to make it easy to share your memories.

Send flowers to the Payne family.