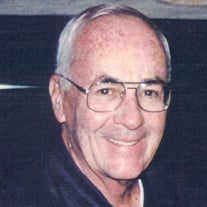 Johnston H. Means ("John") passed away peacefully on June 1, 2021, at First Community Village in Upper Arlington. He was 93 years old. He is survived by two sons, Thomas F. Means (Ann) of Upper Arlington and Daniel J. Means (Mollie) of Seattle, WA; five grandchildren, J.T. Means (Natalie) of Columbus, Andrew B. Means of Upper Arlington, Madison M. Thompson (Sam) of Upper Arlington, Johnston M. Means of Seattle, Annabel L. Means of Seattle; and two great-grandchildren Rory Means and Elliot Means (sons of J.T. and Natalie). Jeanne, Johnston's beloved wife, predeceased him on October 22, 2014. After graduating from Ohio State with a degree in business administration, he accepted a job in employee benefits with Tennessee Gas Transmission Company, Houston, Texas. Following 15 months of service, he resigned to attend the Wharton School of the University of Pennsylvania from which he received an M.B.A degree. He then embarked on a U.S. Navy tour of duty for three and one quarter years. During the Korean War, he served as a junior officer aboard a destroyer mine sweeper that was engaged in mine sweeping and shore bombardment of North Korea. Later he transferred to an experimental destroyer where he was the Gunnery Officer. The highlight of his Navy career, though, was meeting his future wife, Jeanne, who was a U.S. Navy nurse. After discharge from the Navy, Johnston received a J.D. from Ohio State's Law School. He then was employed as house counsel of Meeks and Company, Columbus. After four years, he resigned and opened his own office for the practice of law involving employee benefits, estate planning and business organizations. Fifteen months later, Johnston and Ray Bichimer formed Means and Bichimer, which evolved into Means, Bichimer, Burkholder and Baker Co., L.P.A. Johnston was chairman and practiced law there until his retirement at age 60. Johnston also was a C.L.U. and was recognized for the following voluntary services: Past Chairman of the Committee on Pension and Profit Sharing Trusts of the American Bar Association's Section of Real Property, Probate and Trust Law, Awards of Merit from the Ohio Legal Center, Silver Beaver Award from the Central Ohio Council of the Boy Scouts of America, Jordan Standard Outstanding Alumnus Award for Sigma Chi, past president of the Board of Trustees of Overbrook Presbyterian Church, and past trustee of the University Club of Columbus. Johnston was a devoted and loving husband, father, grandfather, great-grandfather and friend. Our families were truly blessed to have such a role model. What a legacy… what a life…we invite all of you to keep Johnston alive in your hearts. In lieu of flowers, contributions in his memory may be made to Epilepsy Alliance Ohio, 895 Central Avenue, Suite 550, Cincinnati Ohio 45202

The family of Johnston H. Means created this Life Tributes page to make it easy to share your memories.

Send flowers to the Means family.