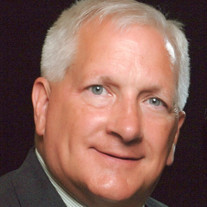 John King Wilder, 74, passed away peacefully at home on August 18, 2021, in Hilliard, OH. He was born on September 8, 1946 in Angola, IN to the late Richard and Frances (née King) Wilder. John earned a high school diploma in 1964 from Angola High School and both a Bachelor of Arts and Master's of Education from Purdue University, W. Lafayette, IN. Throughout his career, John was an educator and coach at several levels. From 1975-1985, he taught biology and coached girls' volleyball and tennis and boys' football at Central Catholic High School, Lafayette, IN. From 1986-1998, he worked as a research lab manager in the Department of Biology, Purdue University. From 1998-2001, he coached volleyball at the college level: one year as women's assistant varsity coach at Morningside University, Sioux City, IA, and one year at Purdue University; two years as head varsity coach of men's and women's volleyball at TriState (now Trine) University, Angola. From 1986-2010, both before and after his involvement with college coaching, he helped coach girls' volleyball at Lafayette Jefferson High School. From 2001-2013, John completed his career as the director of security at Lafayette Jefferson High School. John had a great love of and passion for volleyball ever since he attended Purdue in the late 1960's. He coached many levels over his lifetime, including: over 20 years of girls' club volleyball in IN, CA, and OH; 20 years of high school girls' coaching and program development; 18 years as a practice player and volunteer assistant women's coach at Purdue; 8 years as coach of college men's and women's club teams; 4 years as coach of college varsity women's and 2 years of college varsity men's teams. In addition, John continued to play on senior age-group division teams at local and national tournaments and coached many of these teams as well. As a role model and mentor, John made an impact on many. This is shown not only from his teaching and coaching, but also by his family who loved him dearly. Kind, intelligent, and funny, John was intentional in making and maintaining connections. Many people have said that they are better people because they knew John and that he was "one of the good guys". John is survived by his wife, Sharon (née Wells) Wilder; daughters, Juli (Ben) Kern and Robin (Ron) Gabrisko; grandchildren, Ronny and Brooke Gabrisko, Emma Richter, Charlie, Hank, Penellope, and Lilly Kern; siblings, Martha Johnsen, Nancy (Terry) Curran, and Bill (Nancy) Wilder; several nieces and nephews; and Gordon Walter, an uncle. Arrangements entrusted to SCHOEDINGER DUBLIN. John requested that his body be donated to science through Ohio State University. Thus, a memorial service will be planned for a later date. In lieu of flowers, donations can be made in John's name to the James Cancer Hospital OSUCCC, in care of the Ohio State University Foundation, or to Hospice of Central Ohio.

John King Wilder, 74, passed away peacefully at home on August 18, 2021, in Hilliard, OH. He was born on September 8, 1946 in Angola, IN to the late Richard and Frances (née King) Wilder. John earned a high school diploma in 1964 from Angola... View Obituary & Service Information

The family of John Wilder created this Life Tributes page to make it easy to share your memories.

John King Wilder, 74, passed away peacefully at home on August...