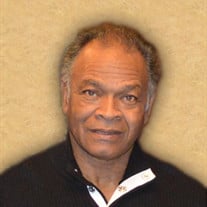 John L. Sullivan was born February 5, 1946, to John and Mary Sullivan. He left this Earth on November 24, 2021, at Riverside Hospital. He was a graduate of Linden-McKinley High School, class of 1964, where he was a champion wrestler. John was the founder and owner of J.L. Tree Service in Columbus, Ohio. John was preceded in death by his mother Mary, father John, and brother Kevin. He had 2 sisters and 8 brothers. John was married to Cheryl Bell in 1966. They have 6 children, 11 grandchildren, and 12 great-grandchildren. John loved his family and was a friend to all he met. He never met a stranger and would help everyone that needed it. His early years were filled with fishing, hunting, basketball, tennis, and flag football. He coached little league football for the Linden Panthers, volunteered as a basketball referee at Hamilton Elementary and made sure the school had a scoreboard. In his young adulthood, his co-workers called him "Good Samaritan John" because he was always willing to help people on the roadside. He volunteered at nursing homes as Santa Claus. One of the many things he enjoyed was taking his kids to his friend's farm to play while he helped "Smitty" bale hay. In his tree business, he was known for going over and above to please his customers, and most of his customers quickly became his friends. He was always working on something, whether it was fixing a vehicle for friends or family, repairing a mechanical part, or working outdoors in the hot summer sun or cold winter snow. He had a great sense of humor and always found a way to lighten the mood. He taught young men everywhere by being an example and giving encouraging words for everyday life. He was a father figure to the fatherless. All people were important to him. He was never afraid of hard work but embraced it. He was "Dad" to many who were not his biological kids. Everyone who knew John soon realized if they needed help, to give him a call and he would always be willing to help. He was a problem solver in any situation. He will be sorely missed by all. Mr. Sullivan's ashes will rest at Mifflin Cemetery in Gahanna, Ohio.

John L. Sullivan was born February 5, 1946, to John and Mary Sullivan. He left this Earth on November 24, 2021, at Riverside Hospital. He was a graduate of Linden-McKinley High School, class of 1964, where he was a champion wrestler. John was... View Obituary & Service Information

The family of John L. Sullivan created this Life Tributes page to make it easy to share your memories.

Send flowers to the Sullivan family.