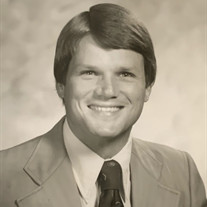 John Robert Roemer (Bob, Bobby, Papa Gonzo, LaJolla Bob), 72, of Toledo, passed away on August 26th, 2021, in Columbus, Ohio. Bob was born on October 16, 1948, the fifth of eight siblings. He was preceded in death by his father and mother, Wellington F. Roemer and Margaret Neenan Roemer, sister Linda Mortemore, and brother Donald Scott Roemer. He is survived by brothers, Todd, Tommy, and KC and sisters Susie Hufford and Meredith DeLone, his children, Lauren (Zach) Woessner, Teddy Roemer, John (Sara) Roemer, and Sarah Katherine Roemer, grandchildren, Caleb and Caroline Woessner, and Grant, Nola, Clay, and Ruth Roemer. He is also survived by his partner Linda Layman. Bob was a 1966 graduate of Ottawa Hills High School, and proudly graduated from The Ohio State University in 1970 where he was a member of the Phi Delta Theta fraternity. Never fearing going out on a limb, Bobby followed his father's entrepreneurial spirit by starting up his own companies, beginning with Claims Administration Corporation, a cutting edge employee benefits company followed by La Jolla Beach Volleyball Club. La Jolla hosted the 1986 Pro Beach Volleyball Invitational and was featured on MTV, but bringing volleyball and the community together is what made La Jolla a special place. Bobby took to heart his mother's 12 simple rules for happiness including, living a simple life, being flexible and grateful, making the most of the day, taking time for a hobby, and most of all being interested in others. It was impossible to have a conversation with Bobby and not feel his passion. He had an ability to find joy in small moments. His presence made everything brighter and added laughter. He loved spending time with his grandchildren, the Cleveland Indians, music, movies, golf, sharing laughter with others, appreciating the small things in life, and living in the moment. Whether it was witnessing his wonder for everything around him or wondering where he went or what he was talking about, to know him was to experience wonder. He painted our lives with vivid color and our family will surely feel the loss of his humor and knowledge deeply. Friends are invited to a Celebration of Life on September 5th from 12:00-4:00 pm at the home of John and Sara Roemer. In lieu of flowers please direct donations (write on memo line) to Wildwood MetroParks. Please make checks payable to MetroParks Toledo Foundation, 5100 w. Central Ave., Toledo, Ohio 43615. Arrangements entrusted to SCHOEDINGER MIDTOWN.

John Robert Roemer (Bob, Bobby, Papa Gonzo, LaJolla Bob), 72, of Toledo, passed away on August 26th, 2021, in Columbus, Ohio. Bob was born on October 16, 1948, the fifth of eight siblings. He was preceded in death by his father and mother, Wellington... View Obituary & Service Information

The family of John Robert Roemer created this Life Tributes page to make it easy to share your memories.

Send flowers to the Roemer family.