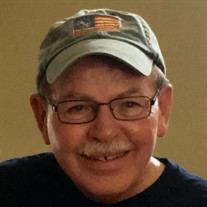 John T. Porter II, age 72, of Worthington, Ohio passed away on May 27, 2021 at Kobacker House. He was born in Madison, Wisconsin to John and Jane (Bleyer) Porter. He graduated from Madison West High School and following graduation he attended the University of Virginia, Charlottesville. Subsequently, he was drafted for military service and he was stationed in Vietnam. He served as the company clerk for his unit in Da Nang, Vietnam earning the rank of Specialist 5. Following military service, he attended St. Joseph's College, Rensselaer, Indiana. He graduated in 1974 earning a B.S. in Psychology and Sociology. After graduation, he was employed with the Franklin County Welfare Department as a caseworker. Later he worked for the U.S. Department of Labor as a Wage and Hour Compliance Officer. However, after deep soul searching, he returned to college to train in the law. He graduated from The Ohio State University and received his degree to practice law. While attending OSU, he interned with the Ohio Civil Service Employees Association (OCSEA) and remained with this organization his entire legal career as an attorney in their legal department. He is predeceased by his parents John and Jane Porter. He is survived by his beloved son, John and daughter-in-law, Holly Porter and his former wife, Marianne Hollern-Porter. Also, survived by brothers Philip Porter, (Madison WI), Andrew Porter (Stoughton, WI) and his sister, Elizabeth (Tim) Skszek (Saline, MI). Additionally, survived by many nieces, nephews and cousins. Lastly, he is survived by his "work" daughter, Anissia Goodwin. To know John is to acknowledge his vast wealth of knowledge. He was an avid reader of many books, periodicals and newspapers. He was a lifelong fan of Jeopardy. He enjoyed sports, especially Packer football, University of Wisconsin football and basketball. He was a Buckeye fan as well. John was a proud democrat. He played a mean game of euchre with the philosophy of take no prisoners. After retirement he enjoyed playing slots at the local casinos. In addition, he was an aficionado of the works of Frank Lloyd Wright. A memorial service to celebrate the life of John will be held Sunday, June 20, 2021 at Schoedinger Funeral Home, 6699 N. High Street, Worthington, OH 43085 from 1:00 PM to 4:00 PM, with a prayer service at 3:30pm. In lieu of flowers please contribute to the Kobacker House 800 McConnell Dr. Columbus, OH 43214 or Hospice of Columbus.

John T. Porter II, age 72, of Worthington, Ohio passed away on May 27, 2021 at Kobacker House. He was born in Madison, Wisconsin to John and Jane (Bleyer) Porter. He graduated from Madison West High School and following graduation he attended... View Obituary & Service Information

The family of John T. Porter created this Life Tributes page to make it easy to share your memories.

Send flowers to the Porter family.