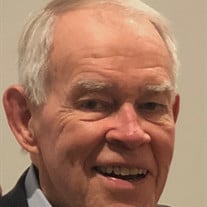 John Edward Murphy, whose legal career representing the interests of Ohio's prosecutors spanned more than four decades, passed away peacefully on Thursday, July 8. He was 80. Born March 7, 1941, in Olney, MD, to John Edward, Sr. and Ethna Register Murphy, John was later raised in Parkersburg, W.Va. He graduated from Parkersburg High School in Parkersburg W.Va., in 1959. John then went on to West Virginia University, where he graduated in 1963 with a bachelor's degree in economics. John entered the U.S. Army, serving honorably for four years. He earned the rank of Captain with postings at Fort Sill, Oklahoma; Karlsruhe, Germany; and Fort Benning, Georgia. Following his service, he entered and graduated with a law degree from Capital University Law School in Columbus, Ohio in 1972. John began his legal career in the Franklin County (OH) Prosecuting Attorney's office.. But the majority of his professional career was spent as executive director of the Ohio Prosecuting Attorneys Association. The organization was founded in 1937 to represent the interests of and provide professional development to Ohio's 88 elected county prosecutors. John had a passion for the law and the responsibilities of prosecutors. He spoke of these public servants "who are truly on a quest in the pursuit of justice for all of our citizens." "Prosecuting attorneys serve as 'ministers of justice' - indeed, they are justice-driven," he once wrote. "This applies to putting criminals behind bars and making sure the punishment fits the crime. But their work also entails making sure that people innocently accused of committing a crime are not ultimately charged or convicted." John spent 37 years representing the prosecuting group's law-and-order positions before legislators as they crafted state laws. When he retired in September 2017, the Columbus Dispatch called him a "statehouse fixture" and he was feted in a celebration in the Ohio Statehouse Atrium. In his retirement, John never strayed too far from his beloved Columbus, enjoying golf games with buddies and frequent trips to the Tremont Library in Upper Arlington. John is survived by a daughter, Catherine Murphy (John Nagy), of West End, N.C. and sister, Mary Ann Shaw (Jerry) of Parkersburg, W.Va. He was preceded in death by his parents; a sister, Joan Marks (Walter); and his son, Michael Sean Murphy, formerly of Pinehurst. The family offers appreciation to the staff of Ohio Health Hospice and Riverside Methodist Hospital, who all provided compassionate care. In lieu of flowers, donations may be made to St. Rita School for the Deaf in Cincinnati, Ohio, or the Salvation Army Central Ohio Area.

The family of John E. Murphy created this Life Tributes page to make it easy to share your memories.

Send flowers to the Murphy family.