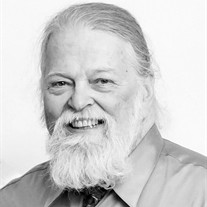 John Cooper Huntington, age 84, passed away on November 28, 2021 after a lengthy illness. He was born April 6, 1937 in Los Angeles, California to the late John Cooper and Kathryn (Rowe) Huntington. John is survived by his wife of 51 years, Susan, their son, Eric, and daughter-in-law, Yumi. From a first marriage, John is also survived by his daughter, Monique Keitz, her husband, Dale, and their children, Anders and Liam; and his son Brennan, his wife, Judith, and their children, Jasper and Poppy-Grey. John earned his PhD degree at UCLA and was a professor at The Ohio State University for more than 40 years, receiving numerous distinctions for his work. He specialized in the Buddhist art and religious traditions of Asia, publishing widely and mentoring many graduate students in the field. Also trained as a professional photographer, he, with Susan, also an historian of Asian art and professor at Ohio State, indefatigably documented the art, monuments, and archaeological sites throughout Asia. The more than 200,000 photographs John and Susan took on their many research trips are being made available to the public and educational community in perpetuity by the University of Chicago. In addition to his academic interests, John was a skilled craftsman in woodworking and ceramics and a passionate consumer of knowledge in every field of science. A memorial to celebrate John's life is being deferred to a later date due to Covid. Information will be posted on the Schoedinger website at , where friends can also post condolences to the family. Donations to honor John's memory and continue his legacy can be made to the John C. and Susan L. Huntington Photographic Archive of Buddhist and Asian Art at the University of Chicago. A link to the fund is under construction and will be available soon at https://www.huntingtonarchive.org/.

John Cooper Huntington, age 84, passed away on November 28, 2021 after a lengthy illness. He was born April 6, 1937 in Los Angeles, California to the late John Cooper and Kathryn (Rowe) Huntington. John is survived by his wife of 51 years, Susan,... View Obituary & Service Information

The family of John Cooper Huntington created this Life Tributes page to make it easy to share your memories.