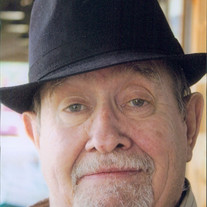 Most men, they'll tell you a story straight through. It won't be complicated, but it won't be interesting either. John (Jack) D. Hobday lived a remarkable life, and we are honored to share his hilarious, relatable, and inspiring story. From a very early age, Jack knew the difference between sh*t and Shinola. Much to his chagrin, he stumbled upon many counterparts who did not. A lover of tall tales, black and white movies, April's Fools pranks and helping the underdog, it's no wonder that Jack was a beloved son, father, friend, husband, and lawyer. Born on November 22nd, 1939, in Cuyahoga Falls, Ohio to John and Anna Hobday, Jack was larger than life from the start. He was incredibly kind, generous, and humble. Oh, and we can't forget Jack's stubborn nature and stellar sense of humor. The eldest of four children, Jack embarked on a journey to become a lawyer. After obtaining his bachelors in political science at Kent State University, he went on to graduate from The Ohio State University with his Juris Doctor in 1965. Jack practiced law for more than 40 years in Columbus, Ohio. He started his own practice and poured his heart and soul into serving the community, supporting clients during their most challenging times. Rushing into the courtroom with his suit rumpled and tie askew, Jack's unpretentious nature would often unarm his adversaries, providing his opponents with a false sense of security. Upon beginning his opening argument, Jack would command the courtroom's attention with his quick wit, vast knowledge of the English language and a deep understanding of the law. In true Jack fashion, he would leave the court room victorious and having thoroughly enjoyed himself. Jack was a voracious reader, of all genres of books and enjoyed laying in a hammock while smoking his Kool's cigarettes and reading. He loved boating, waterskiing, and spending time with family and friends at his cabin on the shores of Lake Milton. Jack had an outstanding sense of humor; some might even say it was irreverent. He liked to make people laugh and was quite the practical joker. Whether it was saran wrap on the toilet seat, a whoopee cushion under your chair, or a cup of water on a half-closed door, he would not allow you to take yourself too seriously. With his many years of experience and understanding nature, he found friends and strangers alike, requesting his wisdom and advice. He would offer true gems like, "Don't let the bastards get ya down", "everyone is an asshole, you've just gotta know what kind of asshole YOU are", "the key here is to remain calm" and the classic, "endeavor to persevere." Preceded in death by both of his parents, and his brother Robert Hobday. Jack is survived by his brother William Hobday and sister Andie Dye. John leaves behind two loving children, Amy E. Hedley, and John H. Hobday, his three beautiful grand-children, Emily M. Hedley, Jacob S. Hedley and Johnathan C. Hobday. Also, his special friend, Margaret Johnson. Jack touched many lives and will be remembered fondly by all who were fortunate enough to know him. The legacy that Jack truly leaves behind will always be his intelligence, gentle manner, great empathy and most importantly his amazing sense of humor and the ability to laugh at oneself. A man tells his stories so many times that he becomes the stories. They live on after him, and in that way he becomes immortal. In lieu of flowers, please make donations to the Democratic National Committee :-p Jack would also like everyone to tune into the Rachel Maddow show on MSNBC Monday through Friday 9pm ET. Go Bernie!

Most men, they'll tell you a story straight through. It won't be complicated, but it won't be interesting either. John (Jack) D. Hobday lived a remarkable life, and we are honored to share his hilarious, relatable, and inspiring story. From... View Obituary & Service Information

The family of John "Jack" Hobday created this Life Tributes page to make it easy to share your memories.

Send flowers to the Hobday family.