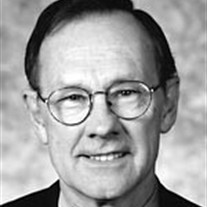 Dr. John A. Brighton, 86, passed away on June 28, 2021, after a long struggle with dementia. Born on July 9, 1934, in Gosport Indiana, John grew up in abject poverty. Despite this he worked his way through community college and was then admitted as a probationary student at Purdue University. Against all odds, while at Purdue he was able to earn his B.S., M.S. and Ph.D degrees in Mechanical Engineering. This was followed by a long and fruitful career in higher education as a teacher, researcher, and leader. He rose through the ranks starting as a Mechanical Engineering professor at Carnegie Mellon in 1963, followed by a position at Penn State. John was appointed department chair at both Michigan State in 1979, and Georgia Tech in 1982. He returned to Penn State in 1988 as the dean of the College of Engineering. In 1991 he became the Executive Vice President and Provost, a role he maintained until 1999 when he left to become the Provost of National Louis University in Chicago. John left Chicago in 2003 to become the Assistant Director of Engineering at the National Science Foundation. In 2005 he became the Vice President for Research at Iowa State University, and finally in 2008 became the Vice Chancellor for Academic Affairs and System Integration in the Department of Education for the State of Ohio. He achieved fame as the lead engineer for Penn State's artificial heart, still in use today. John was the founding editor of the Journal of Biomechanics and published many books and papers. His memoir, Starting from Scratch (2016), documents both his professional and personal journeys. John was an adventurous spirit. As an avid nature lover, he sought opportunities to hike, bike, canoe, and camp. John and several buddies went on wilderness excursions through Montana and Idaho, and whitewater rafting in Canada. Eager to see the world, John enjoyed traveling to far-off places including Japan, China, Africa, Australia, and, most exotic of all, Antarctica. In addition to his parents, John and Esther, he was preceded in death by his brothers Billy Joe, Jimmy, Jerry, and Mike, sisters June and Joyce, his wife Charlotte, and son Douglas. He is survived by his wife of 19 years Cheryl Achterberg, sister Betty (Tim), daughter Jill, sons Kurt and Eric (Valerie), grandchildren John Alex and Chelsea, and numerous nieces, nephews, loving friends, and other family. In lieu of flowers, donations can be made to CompassionAndChoices.org/donate or American Humanist at Americanhumanist.org.

Dr. John A. Brighton, 86, passed away on June 28, 2021, after a long struggle with dementia. Born on July 9, 1934, in Gosport Indiana, John grew up in abject poverty. Despite this he worked his way through community college and was then... View Obituary & Service Information

The family of Dr. John Austin Brighton created this Life Tributes page to make it easy to share your memories.

Send flowers to the Brighton family.