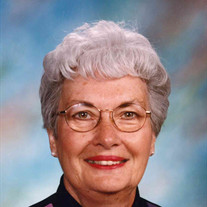 Jeanne Marie Swigart Line, of Worthington, Ohio, passed away on Monday, August 30, 2021 at the age of 82. Born in Ravenna, Ohio to the late Kenneth and Julia Swigart on March 6, 1939, she grew up in Windham, Ohio. She graduated from Windham High School where she was valedictorian of her class as well as editor of the year book, a cheerleader, and a member of the band. Jeanne graduated from Baldwin Wallace College cum laude with a BS in education and a minor in music performance. She was a member of Alpha Xi Delta Sorority and served as membership chairman and president. She represented her sorority at the national convention in Colorado Spring. Later in life she earned an MA in education from Ashland University. She married Russell Line in 1961 and moved to Worthington, Ohio. Jeanne was a teacher at Colonial Hills Elementary School for five years where she taught fourth grade. After raising a family she returned to teaching at Worthington Estate Elementary School where she taught first grade. She was a great teacher and loved by all her students and fellow teachers. She retired from Worthington Estates after twenty years. Jeanne was an active member at Worthington United Methodist Church where she served on many committees. She was the Chairman of the Hospitality Committee and Membership Chairman and Archivist for the WUMC Women's Group. Jeanne was a member of the Jubilee Ringers Handbell Choir for 30 years. She enjoyed ringing at other churches and retirement homes. Her two favorite places to share handbell concerts were in Washington DC at the national Cathedral and in New York City at the Riverside Church where Dr. Norman Vincent Peale was once minister. Among other things, Jeanne was a member of Daughters of the American Revolution, Delta Kappa Gamma national teaching honorary, Worthington Music Club (serving as secretary and historian). She was a fifty year member of the Eastern Star where she served in a few officer positions until her family came along. She loved to play the piano and enjoyed putting on little musical productions with the granddaughters for the family Christmas gatherings. She will be missed for her beautiful smile, a sparkle in her eyes and the little chuckle she occasionally included in her conversations. Jeanne will be dearly missed by her husband of 60 years, Russell Line, sons Gregory (Cyndi) Line and Jeffrey (Karla) Line, adored granddaughters Bailey and Savannah, sister-in-law Bonnie Salamon, Maxine Hill (cousin that was more like a sister), and many other beloved family members and friends. A memorial service will be held on Friday, September 10 at 11:00 AM at Worthington United Methodist Church, 600 High Street, Worthington OH, 43085. A visitation will be held at 10:00 AM until the time of the service. The church does require masks to be worn inside the building. In lieu of flowers, donations made in Jeanne's name to The Worthington United Methodist Church at https://worthingtonumc.com/ will be used to establish an endowment fund in her name that will be used to support the handbell choir.

Jeanne Marie Swigart Line, of Worthington, Ohio, passed away on Monday, August 30, 2021 at the age of 82. Born in Ravenna, Ohio to the late Kenneth and Julia Swigart on March 6, 1939, she grew up in Windham, Ohio. She graduated from Windham... View Obituary & Service Information

The family of Jeanne Line created this Life Tributes page to make it easy to share your memories.

Send flowers to the Line family.