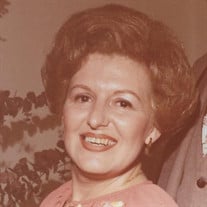 Lily Jeanine Kunkemoeller (nee Aguettant), 86, of Plain City, Ohio (formerly of Cincinnati, Ohio), passed away on March 4, 2021. Jeanine was born on January 23, 1935 to Victor and Marianne (Mary Ann Bryk) Aguettant of Chicago, Illinois and later Cincinnati, Ohio. Jeanine grew up in Cincinnati where she had a happy childhood filled with ballet, piano, summers at Indian Lake, and playing with her beloved younger sister, Marie Louise. She graduated from St Xavier Commercial High School in 1953. Jeanine married Richard Kunkemoeller in 1955 in Cincinnati and raised three children there: Marianne, Catherine (Cathy), and Andrew (Drew). Jeanine enjoyed beach vacations, art shows, attending the symphony, lunching with friends and hosting family gatherings. Jeanine was an adoring wife to her husband Dick. Together they spent countless hours at the beach with friends and family and creating wonderful memories with their grandchildren. Jeanine was a loving mother and grandmother who could fix any broken toy and thought nothing of sitting on the floor with her grandkids to color with them or do puzzles. Jeanine is survived by her devoted husband, Dick; her children, Marianne (Jerry) Shirley, Cathy (Mark) Chenetski, and Drew (Paul Wolfe); her sister, Marie Aguettant; three grandchildren; three great-grandchildren; and many cousins, nieces and nephews. She was preceded in death by her parents, Victor and Marianne. The family will hold a funeral mass and inurnment later this year. In lieu of flowers, donations may be made to the Alzheimer's Association or to support the St. Martin's Home for the Aged, founded by Jeanine's friend, Fr. Ed Conlon: . Arrangements are entrusted to Schoedinger DUBLIN.

The family of Jeanine Kunkemoeller created this Life Tributes page to make it easy to share your memories.

Send flowers to the Kunkemoeller family.