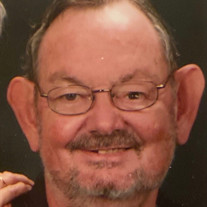 James "Jim" Edward Shelton, age 81, passed away peacefully on January 8, 2021. Born March 23, 1939, in New Orleans, Louisiana, to Helen and Earl, he was the youngest of seven children, whose families all remained close throughout the decades. After a childhood in Ohio, he met and married his wife of over 55 years, Elizabeth "Liz" Shelton. They had six children and created homes in Ohio, West Virginia, and Virginia before settling for over 25 years in Streamwood, Illinois. Jim was always a Buckeye at heart. As a 1961 alum of Ohio State University and lifelong fan, he made sure his kids grew up singing the Ohio State fight song, and he chose to return to Columbus in 2001, after retirement. He and Liz, also an OSU alum, cherished opportunities to engage with the OSU campus and decorated an entire room in their home with OSU accessories, a room the kids affectionately named the shrine. He was an avid bowler and enjoyed games. In fact, it was a bowling league friend who introduced Jim and Liz. Before family game night was a thing, there were Shelton tabletop bowling tournaments, marathon Trivial Pursuit matches, and many evenings of Cribbage. In more recent years, he enjoyed Hand and Foot with extended family and friends and regular games of 99 or Bust with his wife and grandchildren. One of his most memorable traits was his storytelling. Whether sharing an afternoon conversation with family or chatting it up with the cashier at Wendy's, he was always ready with a joke he had recently heard, a story about his life (especially his antics with his siblings), or some anecdote that might strike a connection. Those who knew and loved him will miss those unexpected phone calls when he simply had something share that just couldn't wait. He was preceded in passing by his parents; his brothers, Bob and Jack; and his sisters Nancy, Pat, and Betty. In addition to his wife, Elizabeth, he is survived by his older brother, Richard and sister-in-law Beverly; his six children and their spouses, Barb and Bill Childers, David and Kathy Shelton, Diane and Steve Pascot, Amy and Matt Lindsey, Brian and Claudia Shelton, and Karen and Doug Hunt; grandchildren Gwen, Willie, Schaefer, Jack, Serena, Luke, Ryan, Carly, Randall, Cody, Ethan, and Leah; and dozens of beloved nieces and nephews. Due to COVID and travel considerations, the family will arrange for a celebration of his life later this year.

James "Jim" Edward Shelton, age 81, passed away peacefully on January 8, 2021. Born March 23, 1939, in New Orleans, Louisiana, to Helen and Earl, he was the youngest of seven children, whose families all remained close throughout the decades.... View Obituary & Service Information

The family of James Shelton created this Life Tributes page to make it easy to share your memories.

Send flowers to the Shelton family.