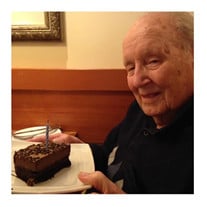 James A. Schmoll (Jim), 92, passed away at his home on October 13, 2020. Born May 15, 1928 to Julius and Esther (Skinner) Schmoll, he grew up in Middleport, OH, with his brother, George, and sister, Marvel. After graduating from Central high school, Jim served in the US Navy Reserves for 2 years. He met the love of his life, Shirley Thomas, when they were paired as competitive roller skating partners. They travelled the nation, skating in various companions, including a State Championship where they were recognized by the Governor of Ohio. They married on November 26, 1949, and continued their love of roller skating as instructors in various skating rinks throughout Ohio. They passed their passion of skating to their oldest daughters, who also competed as young girls. Jim and Shirley were inseparable for over 65 years, until Shirley passed away in 2015. He worked in construction as an insulation mechanic, member of Asbestos Workers Local 50. His handyman skills translated into creative projects and fun times for his family. He was known for creating award winning Halloween costumes for all the kids when they were in elementary school. After his retirement, Jim and Shirley enjoyed traveling with friends and family. Two of their favorite places were Clearwater Beach, Florida and Disney World. Jim will be fondly remembered for his great sense of humor, his kindness and generosity and his incredible love for his wife and family. He was loved by his neighbors at the home he and Shirley shared for over 50 years. He will be fondly remembered as "Tarzan" to the Arkwood Avenue neighbors; they always knew when he was on the roof of the house fetching balls that the kids inevitably got stuck in the gutter. Once he freed the ball, he would do his famous Tarzan call, which always got a laugh from everyone. Jim is preceded in passing by his parents, his siblings and his beloved wife Shirley. He is survived by his daughters Vickie Schmoll, Sheri (Rick) Armentrout, and Mindi (Himanshu) Bhatt; sons David Schmoll and Kevin (Michelle) Schmoll; grandchildren Michael (Conni) Armentrout, Shaun (Traci) Armentrout, Elton Underhill, Jenna (Westley) Roynon, Ben Rorick, Kendra (Thomas) Wilinski, Kristy Schmoll, Heather Schmoll, Kendall Harrington; great grandchildren Christofer (Rose) Armentrout and Samantha (Richard) Bosak; and great great grandchildren Ava and Connor. Visitation for friends and family will take place on Sunday, October 18, 2020 from 2pm-4pm at SCHOEDINGER EAST CHAPEL, 5360 East Livingston Avenue, Columbus, Ohio, 43232 (masks will be required), with a funeral service to follow the next morning at 11ati. Due to Covid-19 social distancing guidelines, attendance at the funeral service will be limited to immediate family. For those who wish to be present in spirit and view the celebration of Jim's life, a webcast will be available here under Jim's Photos and Videos tab and will go live shortly before the service start time.

James A. Schmoll (Jim), 92, passed away at his home on October 13, 2020. Born May 15, 1928 to Julius and Esther (Skinner) Schmoll, he grew up in Middleport, OH, with his brother, George, and sister, Marvel. After graduating from Central high... View Obituary & Service Information

The family of James A. Schmoll created this Life Tributes page to make it easy to share your memories.

Send flowers to the Schmoll family.