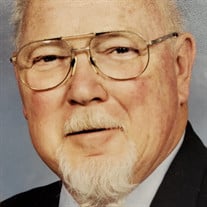 James “Jim” W. Frashier, 90, passed away on June 9, 2021. He was born on July 25, 1930, in Columbus, Ohio to the late Floyd and Luella Frashier. Jim is preceded in death by his son, Daniel "Dan" Frashier. Jim is survived by his wife of 71 years, Dorothy "Dottie" Frashier; sons, Steve (Paula) Frashier, Mike (Denise) Frashier, Mark Frashier and Daughter-in-law, Phyllis Frashier. Jim and Dottie were blessed with 9 grandchildren, 14 great grandchildren, and 2 great great grandchildren. Jim graduated from Central High School in 1948, attended OSU and joined the Marine Reserves. He left for Korea in September of 1950 with the 4th Marine Reserve Unit and was one of those in the battle of the Chosin Reservoir. He received 2 purple hearts while serving in the Korean War. Jim retired as a supervisor of Anhueser Busch in 1991. He enjoyed traveling, square dancing, antiquing, and driving his Model A. Jim’s family will receive friends on Friday, June 11, 2021, at SCHOEDINGER NORTH, 5554 Karl Road from 2-4pm with a memorial service on Saturday, June 12, 2021 at 2pm. Officiant Pastor Ralph Wolfe.

The family of James W. Frashier created this Life Tributes page to make it easy to share your memories.

Send flowers to the Frashier family.