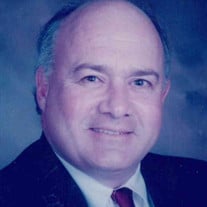 Gregory "Greg" West, 70, of Columbus, passed away on September 2, 2021. He was born on November 17, 1950, in Columbus, to the late Charles and Garnet (Poling) West. Greg was a 1968 graduate of Worthington High School. It was here where he met his future wife, Marilyn. Following High School, Greg attended The Ohio State University where he graduated with a bachelor's degree in Business. While in college he was an active member Phi Delta Theta and always enjoyed rooting for Buckeyes. While attending OSU, he was an active member of the Columbus Lacrosse Club. Following college, he was a salesman and contractor for building products where he worked for nearly 45 years before his retirement. Greg was a lifetime resident of Worthington and enjoyed doing many things within the community and beyond the community. He officiated High School football for nearly 40 years and officiated High School wrestling for 45 years. Along with football and wrestling, he was an assistant coach with the Worthington Kilbourne High School Women's Lacrosse team. He was an active member of the Worthington Youth Booster, where he served as a coach and commissioner, and he was the director of sales at the snack bar. His officiating career led him to being inducted into the Ohio Wrestling Officials Hall of Fame. He was also awarded the Meritorious Award from OHSAA. Greg had a strong sense of humor and was always able to crack a joke. Above all he was loyal and loved his family, especially his grandchildren. Gregory will be greatly missed by his loving wife of 48 years, Marilyn West; children, Kevin (Toby) West and Jennifer (Juan) West Ponciano; grandchildren, Lincoln and Breckyn West and Joaquin Ponciano; sisters, Laura (Mitch) Adams, Myra (Jeff) Brown, and Sara (L.T.) West; sisters-in-law, Marti Hunter and Nancy (Charles) Barker; his cat, Fonzie; and numerous nieces, nephews, and close family friends. A visitation will be held on Monday, September 13th, 2021, from 4PM until 7PM, at the Schoedinger Worthington funeral home, 6699 North High St., Worthington OH, 43085. A funeral service will be held on Tuesday, September 14th, 2021, at 11AM, at Linworth United Methodist Church, 7070 Bent Tree Blvd., Columbus OH, 43235. A private burial will be held at a later date. In lieu of flowers, donations in Greg's name may be made to the Worthington Youth Boosters, PO Box 703 Worthington, OH 43085

Gregory "Greg" West, 70, of Columbus, passed away on September 2, 2021. He was born on November 17, 1950, in Columbus, to the late Charles and Garnet (Poling) West. Greg was a 1968 graduate of Worthington High School. It was here where he... View Obituary & Service Information

The family of Gregory West created this Life Tributes page to make it easy to share your memories.

Gregory &quot;Greg&quot; West, 70, of Columbus, passed away on September...

Send flowers to the West family.