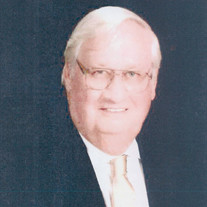 Gary H. Baas, age 83, passed away peacefully on March 10, 2021 surrounded by his family. He was born August 18,1937 to his parents Herbert F. Baas and Frances L. Baas. As a life-long resident of Bexley, Ohio, he was an avid Ohio State Buckeye Fan and a member of The Presidents Club and The Buckeye Club of The Ohio State University. Gary was a graduate of Bexley High School, Class of 1955, and attended Ohio University in Athens, Ohio. Gary joined the Army and was an Honor Guard in Washington D.C. as President Eisenhower's personal guard and a ceremonial Honor Guard. As an entrepreneur, Gary was president of a 3rd generation family business, Inland Products, Inc., He also started Pet Cremation Services of Columbus, and multiple other businesses including real estate developments. Gary held the national position as The Director of the National Renderers Association for 37 years and The Director of Proteins Research Foundation for 47 years. Gary's love of driving his classic and antique cars in the Bexley 4th of July parade was only surpassed by his love for animals. He adored his horse Feathers who is 23 years old and his previous horse, Too Tall. He loved beagles and especially the two he rescued, Buster and Rascal, from Beagles rrrrrrr Us. Although those were great loves, his family was the most cherished of all. He raised four children with the love of his life, their mother, Suzanne W. Baas. Gary was a member of many clubs and organizations including: The Aladdin Shrine, Blue Moose Lodge, Scottish Rite, The City Club, The Columbus Club, The Columbus Country Club, The Athletic Club of Columbus, Culver Club of Columbus, Lincoln Owners Club, Packard Club, Early Ford Club, Studebaker Club, Veteran and Vintage Club and The Scotch and Bourbon Society which was co-founded by his father. Gary was preceded in death by his parents, his wife, Suzanne W. Baas whom he was married to for 52 years, and special cousin and good friend, Fritz Baas. He is survived by his children: Jeffrey Baas, Lisa Baas, Heather Baas, David Baas (Jennifer); grandchildren: Courtney Baas, Jarrod Payne, Audra Payne, Daisy James-Weidner; great grandson: Liam Fracasso; brother: Reid Baas of California; sister-in-law: Remle Willett of Florida; many cousins, nieces and nephews; and special friend and caregiver, Machelle Baker. Visitation will be held on Monday, March 15th from 3:00-7:00pm at SCHOEDINGER NORTHWEST, 1740 Zollinger Rd. Columbus. Masks are required. A private family service will be held on Tuesday, March 16th. The family will hold a celebration of life at a later date when covid restrictions are lifted. In lieu of flowers, donations can be made to Beagles rrrrrrr Us Rescue, P.O. Box 305 London, OH 43140 or www.beaglesrus.org. Please visit www.schoedinger.com to watch a public webcast of the service and to leave memories and condolences.

Gary H. Baas, age 83, passed away peacefully on March 10, 2021 surrounded by his family. He was born August 18,1937 to his parents Herbert F. Baas and Frances L. Baas. As a life-long resident of Bexley, Ohio, he was an avid Ohio State Buckeye... View Obituary & Service Information

The family of Gary H. Baas created this Life Tributes page to make it easy to share your memories.

Send flowers to the Baas family.