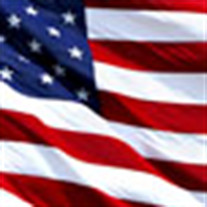 Edward J. Kloman, age 99, passed away September 11 in Columbus, Ohio, after a long and full life. He was born on August 4, 1921, in Milwaukee, WI, an only child, to Anna (nee Dick) and John Kloman. Ed grew up in Milwaukee during the 1920s and 30s. As a young man, he participated on Washington High School's wrestling team. He completed a degree in Civil Engineering from the University of Wisconsin. After graduating college, he joined the United States Navy and proudly served his country in the Pacific aboard the USS Menard APA 201 during World War II. He was called back to serve from the Naval Reserves for the Korean War. Edward married his high school sweetheart, Genevieve Little, in 1946. They raised their two children, Kent and Karl (Carol), in Milwaukee and then Cleveland. They enjoyed world traveling, socializing, and spending time with family; caring for each other until Gen's passing in 2005. Ed worked his entire career for Falk Corp. He filled his retirement years with countless rounds of golf, socializing with his golf buddies at Windward Passage, woodcarving club, PROBUS CLUB, skiing, camping, rooting for the Wisconsin Badgers, fishing, and taking photos and home movies. He especially enjoyed passing the time hand carving wooden duck models; it was fun to see his handiwork and attention to fine detail improve over the years. His surviving family will treasure these works of art forever. Edward was the beloved grandfather to Ryan (Melissa) Kloman, Karen, and Kathy Kloman. He spent hours in his workshop, creating various toys, swing sets, sandboxes, and keepsake furniture pieces for them over the years. He had an especially strong bond with his special needs granddaughter Kathy, continuing to help care, dote, and maintain visits with her up until her passing in 2019. Even as an advanced octogenarian, Ed maintained his active lifestyle golfing, skiing, and dancing at Oktoberfest. One of his favorite activities was telling his jokes to family, friends, strangers, and (to the mortification of his family) the various wait staff and care staff he encountered throughout the years. He will be remembered fondly for his sense of humor and great one-liners. Per Ed's request, there will not be a funeral service. Any donations in Ed's memory may be made to The Muscular Dystrophy Association, The OSU James Cancer Hospital, or The I Am Boundless organization of Worthington, Ohio. Please visit www.schoedinger.com to share memories and condolences. Funeral arrangements entrusted to SCHOEDINGER NORTHWEST CHAPEL.

Edward J. Kloman, age 99, passed away September 11 in Columbus, Ohio, after a long and full life. He was born on August 4, 1921, in Milwaukee, WI, an only child, to Anna (nee Dick) and John Kloman. Ed grew up in Milwaukee during the 1920s and... View Obituary & Service Information

The family of Edward John Kloman created this Life Tributes page to make it easy to share your memories.

Send flowers to the Kloman family.