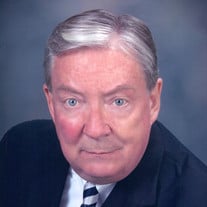 Douglas Wilson Allinger died on Monday, February 1, 2021 at OSU Wexner Ross Heart Hospital in Columbus, Ohio, of heart-related complications, he was 76 years old. Born September 27, 1944 in Hackensack, New Jersey, to the late Robert and Alma Allinger, Doug is survived by his wife, Brenda Cover Allinger, Columbus, Ohio, Lori and Sriram Krishman (stepdaughter and husband), Sathvika and Anand (step grandchildren) Falls Church, Virginia. One sister, Katherine Pinson, Sidney, Ohio, and Chad Allen (Jackie), Seth Allen (Kim) and Luke Allen (Kristin). Doug grew up in the Sidney area, and graduated high school prior to attending Ohio University, Athens, Ohio in 1963 where he received his Bachelor Degree in Communications, to be followed by a Master's Degree in Development at the same university. It was while attending Ohio University, Doug would begin what later would become his development career and life's work while working for the company that was retained to help raise funds for the new O'Bleness Hospital (formerly Sheltering Arms) in Athens, Ohio. Upon receiving his Master's Degree, Doug was employed by the same professional fund raising firm in New York, before enlisting in the United States Army. It was there he also used his development knowledge to help raise funds for the United States Army's National Infantry Museum and Soldier Center at Fort Benning Georgia. Completing his military obligation, Doug was honorably discharged and went to work on major capital fund raising campaigns for hospitals, universities and other non-profit organizations. He worked in numerous cities throughout the United States prior to establishing his own company, Allinger and Associates in 1995. Overall, Doug worked for over 45 years in the development and fund-raising profession prior to retirement in 2015. It should be noted that Doug was recognized by his peers when he received the Outstanding Fundraising Professional award at the 2008 National Philanthropy Day event. Doug had many interests, including collecting fountain pens, pencils, fishing lures, antique barber bottles, pipes and rare books. He also enjoyed fly fishing and boating as a balance between work and play. Although retired, Doug still served charitable causes when asked. He most certainly will be missed by friends and the many he helped. Funeral services are incomplete at this time, following cremation, a memorial service and celebration of life will be planned and held at a later date. If you would like to make a memorial contribution in Doug's name, please remember the Salvation Army and Mid-Ohio Food Bank, or charity of your choice. Family has entrusted SCHOEDINGER NORTHWEST with final arrangements.

The family of Douglas Allinger created this Life Tributes page to make it easy to share your memories.

Send flowers to the Allinger family.