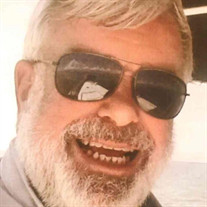 A Life Well Lived! Born May 31st, 1946 in Columbus, Oh. Passed away unexpectedly on Friday February 5th age 74. He is preceded in death by his mother, Mary (Shoaf) Bush and father, Frederick Donald Bush Sr. He is survived by his loving wife, Nancy (Hidlay) Bush of 44 years; sister, Linda (Ed) Reeves of Johnstown, OH; brother, Jerry Bush of Columbus, Oh; nephews, Michael (Jody) Reeves of Westerville, OH and Christopher (Jennifer) Reeves of Delaware, OH; along with many great nieces and nephews, cousins and other family and friends. He valued his friendships and connections in the highest regard. Graduated from Marion Franklin High School class of 1964. Educated at The Ohio State University and Franklin University where he was an editor of The Student Voice newspaper. His love of learning continued with OSU's Program 60. Employment began in high school with Kroger Company. He served in the Ohio National Guard and was honorably discharged, Regional manager with the Dictaphone Corporation (Pitney Bowes). Don was a proud member of the Columbus Metropolitan Club where he served on the membership committee. Don's love of people and good work ethic allowed him to be a successful realtor at HER Realtors in Worthington, Ohio. He was better known by friends and colleagues as "The Most Interesting Realtor in the World" and "Downtown Donnie". In his free time, he loved good restaurants, family celebrations, traveling, fishing and spent a lot of his time at the OSU Faculty Club as a member, especially on game days, GO BUCKEYES! Don was a bright light in a lot of people's lives, and he will be missed dearly; we shall spend this time celebrating his life and the great man that he was. Arrangements have been entrusted to the Schoedinger Worthington Funeral Home, 6699 North High Street, Worthington OH, 43085. A public visitation will be held on Thursday, February 18th, 2021 from 3PM until 6PM and on Friday, February 19th, from 10AM until 11AM. Funeral services will be private but will be able to be streamed on the Schoedinger website starting at 11:25AM on Friday February, 19th at the following link https://webcasts.lifetributes.com/1120959 In lieu of flowers donations in Donald's memory may be made to Holy Family Soup Kitchen at https://www.holyfamilycolumbus.org/hfsk or the American Heart Association at www.heart.org.

A Life Well Lived! Born May 31st, 1946 in Columbus, Oh. Passed away unexpectedly on Friday February 5th age 74. He is preceded in death by his mother, Mary (Shoaf) Bush and father, Frederick Donald Bush Sr. He is survived by his loving wife,... View Obituary & Service Information

The family of Donald Bush created this Life Tributes page to make it easy to share your memories.

Send flowers to the Bush family.