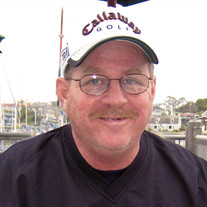 Donald Ward Bateson, age 67, passed away on October 2, 2021. Don was born on February 26, 1954, to Harry and Patricia (Ingraham) Bateson in Furstenfeldbruck, Germany. He proudly served his country when he joined the Ohio Air National Guard in 1977. Don achieved the rank of a Senior Master Sergeant (SMSgt), serving as a Logistics Plan Superintendent. Those in the 121st Air Refueling Wing admired his dedication to his country and compassion for those Airmen and their families as they were deployed around the world. He enjoyed playing softball and golf with friends for many years. He was an avid sports fan who never missed a Yankees or Buckeyes game and never gave up on the Browns. Don especially enjoyed spending time with "his girls" and playing with his Springer Spaniels. He is survived by his wife of 25 years, Janey Bateson; daughters, Allison (Jess) Springer and Haley Bateson; granddaughters, Brynn, Bryleigh, and Braylin Springer; brother, Mike (Lisa) Bateson; sister, Debbie (Don) Clark; niece, Erica (David) Butler; nephew, Jonathon Stimmel; and mother-in-law, Jean Henderson. He is preceded in death by his parents. A visitation will be held Thursday, October 7, 2021, at SCHOEDINGER NORTHEAST FUNERAL HOME, 1051 E. Johnstown Rd., Gahanna, from 2-4pm and 6-8pm. A graveside service will follow on Friday, October 8, 2021, at 12pm at Forest Lawn Memorial Gardens, 6500 E. Broad St, Columbus, OH 43213. He is remembered for his effortless care of his family, friends, and strangers. In lieu of flowers, the family asks that you honor Don's life with a random act of kindness.

Donald Ward Bateson, age 67, passed away on October 2, 2021. Don was born on February 26, 1954, to Harry and Patricia (Ingraham) Bateson in Furstenfeldbruck, Germany. He proudly served his country when he joined the Ohio Air National Guard... View Obituary & Service Information

The family of Donald W. Bateson created this Life Tributes page to make it easy to share your memories.

Send flowers to the Bateson family.