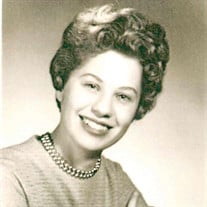 Diana Lynn Clarke, of Tarlton, passed away July 23, 2021, at The Pickering House, Lancaster, OH. She was born April 4, 1945, in Circleville to James and Martha Pontius. She is preceded in death by her parents and infant son Keith, as well as her mother-in-law Anna Stevens and her husband, Eddie Stevens. Diana is survived by her devoted husband of 57 years, Roger Clarke, whom she married on September 7, 1963, at the Tarlton United Methodist Church, where they attended throughout their married life. Together, they raised three children: son Kevin (Kevelyn Schwalbauch) Clarke, daughter Kim (Kenny) Speakman and son Christopher (Crystal) Clarke. She is also survived by brother and sister-in-law, Larry and Joanne Pontius; nephews Tim and Barry Pontius; and great nieces Rachel and Alex. Diana will also be greatly missed by her grandchildren: Justin (Tara) Clarke, Kara (Chad) Ebert, Kendal (Levi) Ellerman and great grandchildren: Kylee, Heath, and Hunter Ebert; Koen, Collin, and Connor Clarke; and Levi and Lylah Ellerman. Diana was a bus driver for 37 years for Logan Elm Schools. She loved to bowl and play cards. She was a phenomenal pitcher on her softball team which was coached by her husband. She loved spending time with family and making forever friends along the way. She loved her family and friends with all her heart and her grandchildren and great grandchildren were the center of her world. Her smile and laugh will be missed more than words can say. Her family would like to thank Fairhope Hospice and The Pickering House for all the love and comfort care that they provided. They would also like to express a Special Thanks to Diana’s close family and friends who came to visit, called, and sent cards. Donations in Diana’s memory can be made to The Pickering House and Fairhope Hospice at www.fairhopehospice.org/donation-page/. Diana’s family will receive friends and visitors from 3pm until 6pm on Thursday, July 29, 2021, at Defenbaugh-Wise-Schoedinger Funeral Service, 151 East Main Street, Circleville, OH where a funeral service will be conducted that same evening at 6pm.

Diana Lynn Clarke, of Tarlton, passed away July 23, 2021, at The Pickering House, Lancaster, OH. She was born April 4, 1945, in Circleville to James and Martha Pontius. She is preceded in death by her parents and infant son Keith, as well as... View Obituary & Service Information

The family of Diana Lynn Clarke created this Life Tributes page to make it easy to share your memories.

Send flowers to the Clarke family.