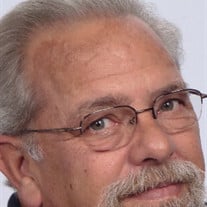 David W. Southworth, Sr., of Delaware, OH, passed away peacefully on Thursday, March 11, 2021, at the age of 71. David was born November 22, 1949, in Columbus, OH, to William and Evelyn (Taylor) Southworth, who also had Nancy, of Mesa, AZ, and Jim, who preceded him in death. He is a 1967 graduate of Columbus North High School and later earned two degrees (Accounting and Nursing) from Columbus State Community College. He spent his last days as he wished, at home surrounded by close family. He is survived by his loving wife and best friend of almost 45 years, Sheri (Hergesell) Southworth, his son David and daughter-in-law Christa, his granddaughters Miren, Sera and Arya, his daughter Heather and son-in-law Jason Blankenship, and his dog Boomer. His last days were filled with family and friends while he recounted the good times of his life. He spent his younger days racing his cars, caring for his dogs, serving a tour in the army, and having wild times with friends. His later years were spent doing the things he loved, including meeting and marrying the love of his life, raising a family, caring for his patients as a nurse of more than forty years, fixing up cars and houses, watching Ohio State Buckeyes football and NASCAR, spoiling his dogs, and being the best Poppy in the world for his beloved granddaughters. He loved his family very much and will be missed terribly. In lieu of flowers the family is asking for donations to the Humane Society of Delaware County. Donations may be made online at:

The family of David W. Southworth, Sr. created this Life Tributes page to make it easy to share your memories.