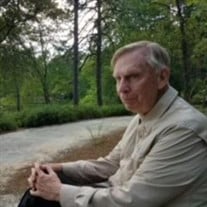 Daryl Siedentop, 82, passed away on July 15, 2021, in Westerville, Ohio. Daryl was born on July 28, 1938 in Chicago, IL, and spent his childhood developing his passion for play on the south side of Chicago, then graduated from Hope College in 1960. Daryl stayed at Hope for 10 years as a teacher and coach. During that time, he earned his master's degree from Western Michigan University and his doctorate in Physical Education from Indiana University. In 1970 he joined the faculty in the College of Education at The Ohio State University where he spent the rest of his professional career. Daryl lived a full and happy life, with homes in Westerville, OH and Pinehurst, NC. He was married to his beloved wife, Roberta (Bobbie) Holloway Siedentop for 44 years. He met Bobbie at The Ohio State University, when she was studying for her master's degree. Bobbie and Daryl shared the love of sport, animals, and travel, and were known for opening their home to colleagues and former students visiting from all over the world. Daryl was an avid golfer and runner; and though he was not an equestrian, he supported Bobbie's passion for horses and enjoyed watching her compete. Daryl and Bobbie were devoted Buckeye fans, and as Daryl was from Chicago, he was a loyal supporter and fan of the Cubs, the Bears, and the Bulls. At Ohio State, Daryl was a well-respected faculty member in Physical Education-Teacher Education. His fierce intellect and tenacity for high-quality physical education for children was the focus of his scholarship and the highlight of his career. He also held various administrative roles, including senior associate dean and interim dean in the College of Education, and was highly regarded for his outstanding leadership and service to the College. After retiring in 2001, Daryl assumed initial leadership of OSU's new P-12 Project, a university-wide outreach initiative to support urban school improvement in Ohio. In 2005, he accepted an appointment as research professor and director for the Teacher Quality Partnership, a consortium of Ohio's 50 colleges and universities designed to enhance teacher quality and ensure highly qualified teachers in every classroom. Daryl was a distinguished teacher and scholar, and a prolific author, publishing 12 books; several have been translated into Japanese, Korean, French and Spanish. He has served as co-editor for six research monographs and published more than 80 refereed articles in well-known, scholarly, journals, and has been a keynote speaker at numerous professional conferences. Daryl received many awards and honors through his career, including the 1984 International Olympic Committee President's Award (Samaranch Award), which is the highest honor for work in Sport Pedagogy. Most recently, in 2011, Hope College presented honorary degrees to Sir Larry Siedentop and Dr. Daryl Siedentop, who are brothers as well as Hope alumni, for distinguished service as scholars and educators. He was mentor to faculty colleagues, and advised over 80 doctoral students in his field of study. He loved his work, and his impact on his family, friends, colleagues, and on the profession has been exceptional. He will be missed! Daryl is survived by his wife Bobbie, his brother Sir Larry Siedentop in England, Martha (Jim Kline) Holloway, Tim (Cathy Kane-Holloway) Holloway, Ron Hutchison, nieces and nephews Timmy, Casey, and Caitlin Holloway, and Laura Hutchison. Our gratitude and appreciation are extended to the following loving caregivers: (Saint) Martha Holloway, Casey Holloway, Eva Christianson, Debbie Gregor, Melissa Whitesel, Katie Girts, Becky Harris, and Chip Brooks. A celebration of life service will be held for Daryl at 10:00 a.m. on August 6, in the Faculty Club - Grand Lounge at The Ohio State University. The event will be live streamed - details to follow. In lieu of flowers and as a tribute to Daryl, please consider donating to the Daryl and Roberta Siedentop Professorship Fund in Children's Sport and Physical Education at The Ohio State University or the Ohio Living Home Health and Hospice organization. A donation to the Siedentop scholarship can be placed here: OR The link to donate to the Health and Hospice fund is: Finally, we are creating a video memorial. Please consider making a short video of your memories of Daryl and his impact on your life. It can be as short as 1 minute. The link is it is very easy to upload a video and free.

Daryl Siedentop, 82, passed away on July 15, 2021, in Westerville, Ohio. Daryl was born on July 28, 1938 in Chicago, IL, and spent his childhood developing his passion for play on the south side of Chicago, then graduated from Hope College in... View Obituary & Service Information

The family of Daryl Siedentop created this Life Tributes page to make it easy to share your memories.

Send flowers to the Siedentop family.