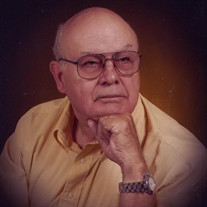 Dale A. Seiberling, 94, passed peacefully at Kendal at Granville on May 1, 2021. He was the son of Ernest A. and Otillia Seiberling of Wadsworth, OH. He graduated from Norton High School in Norton, Ohio and The Ohio State University. Dale was... View Obituary & Service Information

The family of Dale Seiberling created this Life Tributes page to make it easy to share your memories.

Dale A. Seiberling, 94, passed peacefully at Kendal at Granville...

Send flowers to the Seiberling family.