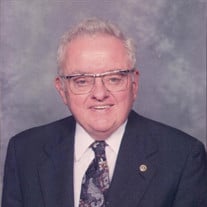 Jackson, Dr. Curtis Maitland, age 88, of Columbus, Ohio, passed away peacefully December 9, 2021, at Riverside Hospital. He is survived by his loving children, Carol Adams (Richard) of Cincinnati and David Jackson of Upper Arlington; grandchildren, Catherine Adams, Christopher Jackson and Nicholas Jackson; and many cousins and friends including his former wife of 27 years Cordelia “Corky” Burton of Marysville, Ohio. Curtis was born on April 20, 1933, in Bronx, New York to the late Maitland Shaw Jackson and Janet (Dunbar) Jackson. He belonged to the Bedford Park Congregational Church where he was active in several committees and enjoyed leading and participating in activities with the Young Peoples Group throughout high school and college. He graduated from the Bronx High School of Science in 1951. After graduating from New York University with a Bachelor of Science degree in Metallurgical Engineering in 1954, Curtis moved to Columbus, Ohio where he worked in research management for Battelle Memorial Institute for 36 years. He earned his M.S. (1959) and his Ph.D. (1966) in Metallurgical Engineering from The Ohio State University. During his tenure at Battelle, he was a pioneer in metallurgical research and development specializing in memory alloys, such as Nitinol, which are widely used in medical, military, and commercial applications. He was a leader in professional associations including A.I.M.E. (Chairman of the North Central Region), and The Wire Association International (International President), and served as Director and Chairman of the Board of Directors of the Wire Journal Magazine for 6 years. His professional awards include the Mordica Memorial Award for research contributions to the advancement of the wire industry, the J. E. Donnellan Award for outstanding service to The Wire Association, and the IR-100 Award of Industrial Research Magazine for one of the 100 most outstanding new product developments in 1977. Curtis had many hobbies including worldwide travel, collecting worldwide military rank insignia, genealogy, and photographing and lecturing on luxury passenger trains. He was most passionate, however, for his Masonic activities which began in New York City as a youth in the Order of DeMolay (Master Councilor, State Officer, Chevalier, Legion of Honor) and then Otesaga Lodge F&AM. He continued his Masonic involvement in Central Ohio including Community Lodge #684 F&AM, Community Chapter #227 RAM (High Priest, District Deputy Grand High Priest, Grand Representative to Oklahoma), Mt. Vernon Commandery #1, Frank H. Nicklaus Council #208 AMD (Sovereign Master), York Rite Sovereign College of North America (recipient of the Order of the Purple Cross of York), Ohio Lodge of Research (Master), Ohio Chapter of Research (High Priest), T.S. Webb chapter of the York Rite College (Governor and Secretary), Order of St. Thomas of Acon (Worthy Master), Valley of Columbus Scottish Rite, Columbus High Twelve Club, and Aladdin Shrine. Curtis was outgoing, loved meeting new people and living life to its fullest. He was very active in many local social groups and enjoyed organizing various activities including travel, music, dancing, and sightseeing. Curtis loved his children and grandchildren very much and will be missed by all. Visitation will be held on Monday, December 20, 2021, from 4:00-7:00 p.m. followed by a Masonic and Funeral Service at 7:00 p.m. at SCHOEDINGER NORTHWEST, 1740 Zollinger Road, Upper Arlington. Interment will be at Union Cemetery at 10:00 a.m. the following day. Memorial contributions may be made to the Foundation Fighting Blindness. (fightingblindness.org). Please visit www.schoedinger.com to share a special memory or to sign the online guest book.

The family of Curtis Maitland Jackson created this Life Tributes page to make it easy to share your memories.

Send flowers to the Jackson family.