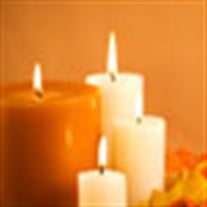 Clark Alan Mount-Campbell escaped our reality on September 25th, 2021 with family by his side. Clark was born on April 27th, 1942 in Monte Vista Colorado; he was raised by his parents Paul and Mary alongside his brother John, 6 years his senior, in Roswell, New Mexico. During his youth he learned to rebuild cars and work with his hands from his father; a skill he enjoyed passing along to his own son Austin. Upon graduation from Roswell High School in 1960 he attended New Mexico State University (NMSU). Clark studied and received a BS in Mathematics and was a member of the ROTC. He did a Naval co-op tracking satellites for the development of a tool we all use today, GPS. This co-op took him to Japan, American Samoa, and Greenland. He continued his education at NMSU receiving a MS in mechanical engineering. During college he met and married his wife of 55 years Janet, an education major, on January 22, 1966. He completed his ROTC associated years of service as a nuclear weapons Ordnance Officer; he was stationed at Sandia Base in Albuquerque, New Mexico and also spent time serving in Turkey. Clark then followed his Masters advisor to the University of Oklahoma in pursuit of a PhD focused in Operations Research. Upon completion of his PhD he accepted an offer from The Ohio State University (OSU) to be a professor of Industrial and Systems Engineering (ISE). Clark remained at OSU for 37 years retiring as Professor Emeritus. Clark valued educating students above all, a mentality imparted on him by his father, a lifelong physics teacher. He passed this appreciation for education along to his daughter Alexandra, also an educator. Clark gave back to the community through his work at ARC Industries. His work on the board with ARC Industries began in 1982 and continuing until his death; ARC Industries teaches mentally disabled adults skills in order to place them in the workforce and contribute to society; Clark knew mental disabled people could positively contribute and having purpose did not just benefit those individuals, but society as a whole. Clark loved solving problems, whether it be a daily cryptogram, Sudoku, an issue with his Triumph, 3D printer, homestead, or an OSU students’ educational goals. He was an avid golfer, loved racquetball and tennis, and playing bridge frequently with his wife. Clark was a devoted father always willing to aid his two children in their educational endeavors, and vehicle or household repairs. Clark included his son Austin in his golf outings with his friends starting when Austin was seven and is ever ongoing. He attended countless modern and ballet dance performances across many decades and states in support of his daughter’s passion for performance dancing. Clark was a loving, thoughtful husband always fixing, building, helping, or providing for Janet when appropriate. Clark’s best friend and truest companion in life was his wife Janet; they always supported each other and found laughter in both the highs and lows of life. Clark will live on through gifts he imparted to his students, children, and wife. His ever infectious and jovial laughter is most assuredly providing joy for others in the beyond. Family will receive friends starting at 12:30pm with a service at 1:30pm on Tuesday, October 12th, 2021 at Schoedinger Funeral Services Northwest on Zollinger Rd in Upper Arlington. If you desire to memorialize him beyond fond memories and comical stories please mail a contribution in his honor to ARC Industries 2780 Airport Dr. Suite 450 Columbus, Ohio 43219.

Clark Alan Mount-Campbell escaped our reality on September 25th, 2021 with family by his side. Clark was born on April 27th, 1942 in Monte Vista Colorado; he was raised by his parents Paul and Mary alongside his brother John, 6 years his senior,... View Obituary & Service Information

The family of Clark Alan Mount-Campbell created this Life Tributes page to make it easy to share your memories.

Send flowers to the Mount-Campbell family.