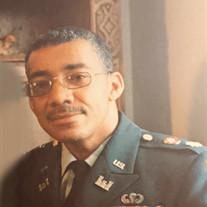 Lt. Col. Clark W. Fuller (ret.), age 75, passed away at home on Sunday, May 16, 2021. He was born on June 14, 1945 in Columbus, Ohio. Clark graduated from Whitehall Yearling High School Class of 1963, where he was an All-State Track and Football athlete inducted into the WYHS Hall of Fame. In 1968, Clark was commissioned as an Army officer and met qualifications for Combat Engineer, Army Ranger, Airborne Paratrooper, and Jungle Expert. In addition to having served in Vietnam, he was stationed on active duty in several other locations around the world, including Germany, Korea and many temporary duty assignments in Central America and much of Africa. While in the U.S., one of his treasured assignments was as an instructor within the Dept, of Earth, Space and Graphic Sciences, U.S. Military Academy at West Point. After nearly 23 years of active-duty service, he retired from the military at the rank of Lieutenant Colonel. Following military retirement, he worked another 23 years at Central State University, (Ohio) as the Deputy Director for Sponsored Programs and Research. His experience as an Africa analyst while in the military helped to acquire and manage many university health and economic development programs on the continent. He delayed his final retirement in 2013 because he really loved his job, and camaraderie of his work colleagues. Clark was preceded in death by parents, Carrol Fuller and Rev. Edith (Bridges) Fuller Currie; siblings, Claude Fuller and Caron Fuller and sister-in-law, Supanee Fuller. Left to cherish his memory are his loving wife of 37 years, Elfriede; daughter, Charlotte Fuller; his two brothers, Count Fuller and Clay (Sue) Fuller; sister, Cathy (Dale) Jakeway; nieces and nephews; Long, Christine, Charles, Clint, Jen, Shannon, Shawn, Joshua, Zachiary, Dale J., Trevor, Trent, Troy, Carmen, Jonas, Cheryl, Candi, Cevin, and Corey Fuller; sisters-in-law, Hedwig Lohr (Gunter) and Marianne Riegl; brother-in-law, Manfred Bauer and a host of other relatives and friends. Family will receive friends 9-10 am Saturday, May 22, 2021 at Schoedinger East, 5360 E. Livingston Ave., where the funeral service will begin at 10 am with Pastor Greg Cumberland officiating. Interment to follow at Glen Rest Memorial Estate with military honors. Please visit www.schoedinger.com to send condolences, share a favorite memory or to view a live webcast of Clark's funeral service.

The family of Lt. Col. Clark W. Fuller (Ret.) created this Life Tributes page to make it easy to share your memories.

Send flowers to the Fuller family.