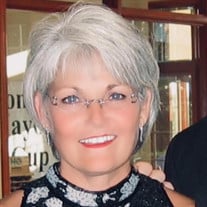 Watch webcast for Charlotte A. Wines: https://webcasts.lifetributes.com/1157496 Charlotte A. Wines, 71, passed away on August 21, 2021. She was born in Houston, Texas on July 13, 1950 to Albert and Lucy Jeanette Anderson. Charlotte has been an incredible force in her field of food product development. She was dynamic, fierce, intuitive but at the same time very warm, compassionate and hospitable. The word "can't" was banned from her vocabulary and expected that it not be used in her presence. She was a winner and excelled in many areas of her life. Homecoming Queen and all State Tennis are only two of her early successes. She earned her Associate Degree in Food Science as she began her career and added business discipline to her arsenal by achieving a Bachelor's Degree in Business Administration. While building her skills in food and business she was awarded a Diploma di merito per la parkcipazione al Corso Culimariss from Villa Delia (a professional Italian Culinary School) and Diplome d'/etydes Gashonomoques at La Varenna en Bourgogne (a professional French culinary school) and Certificate of Culinary Institute of America for completing Oaxaca Mexican Culinary Exploration with Rick Bayless. Charlotte has been a BBQ judge for more than 20 years including MIM, KCBS, FBQ, National BBQ Network, IBCA. She has been a judge for the Jack Daniel's World Championship Invitational Barbeque for 12 years and was named Featured Judge in 2014. Also being active in the association organizations IFT and ADS involving science and business issues has heightened her understanding as well. A love of travel inspired her to visit more than 30 countries where she found people around the world much like herself most concerned about family and friends. Her more personal activities have been rich and rewarding as well. She completed 15 marathons and 10 half marathons, the last of which included a family vacation to Greece where she and her son ran the original course from Marathon to Athens. She loved Sundays because they were always new recipe testing days as a family after which there was always time for the granddaughters to play in the back yard or swim in the pool. Charlotte loved her husband, children and grandchildren deeply. Charlotte is preceded in death by her father, Albert Anderson; mother-in law and father-in law, Belva Mae and James Lowery Wines; and her best friend Kathy Chesnut. She will be missed by her husband, Mike Wines; children, Peyton (Mike) Goe, and Rob (Lauren) Ketchum; grandchildren, Ava, Emma, and Aubrey Ketchum; mother, Lucy Jeanette Anderson; siblings, Greg (Lou) Anderson, Cathy (Jesse) Tucker, Carmen (Billy) Hinton, Gary (Karen) Anderson, and Geoff (Sheila) Anderson; and many other family members, friends, and co-workers. Arrangements entrusted to SCHOEDINGER DUBLIN where a funeral service will be held on Friday August 27, 2021 at 11am followed by visitation until 2pm. Interment will take place at Flint Cemetery at 2:30pm.

Watch webcast for Charlotte A. Wines: https://webcasts.lifetributes.com/1157496 Charlotte A. Wines, 71, passed away on August 21, 2021. She was born in Houston, Texas on July 13, 1950 to Albert and Lucy Jeanette Anderson. Charlotte has been... View Obituary & Service Information

The family of Charlotte Wines created this Life Tributes page to make it easy to share your memories.

Send flowers to the Wines family.