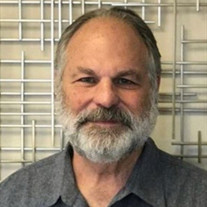 Charles Claude "Charlie" Vaughn, 71, of Columbus, passed away at the James Cancer Hospital on August 13, 2021. He leaves behind a loving and well-loved family, who think the world of him. His wife of 43 years, Colleen (Cudmore) Vaughn, was the love of his life and his best friend. They shared their immense love with children Marisa (Paul) Stefanuik, Ashleigh Vaughn, Carrie (Kenny) Wooldridge, Brenna (Adam) Sheeley, Charles Geoffrey Vaughn, David (Jillian) Vaughn, Nathan (Grace) Vaughn, and Jacob (Jessica) Vaughn. In addition, he is survived by his grandchildren: Natalie, Andrew, Alayna, Anna, Abigail, Cameron, Mia, Lilly, Madelynn, Theodore, Ceana, and Benjamin; sister Beverly Vaughn Hock; two sisters-in-law; two brothers-in-law; as well as a host of other family. Charlie was born in Aurora, Illinois, to the late Charles and Louise (Hallenbeck) Vaughn. In addition to his parents, he was preceded in death by his granddaughter Aubrey Lorenthine Wooldridge; and parents-in-law Maurice and Lorenthine Cudmore. He graduated from Wheaton Community High School where he was proud to be close friends with then future actor John Belushi and was involved in theater and football. He continued his education at Western Illinois University, graduating with a bachelor's degree in psychology in 1978. Charlie then went on to get his master's degree in pastoral counseling at the Ashland Theological Seminary. Charlie was a devoted counselor in many areas including drug and alcohol and marriage counseling. He had a passion for helping those with addictions. He and Colleen raised their children in Ashland, Ohio, where he was very involved in the community. In 2013 Charlie and Colleen moved to Columbus to be nearer their beloved children. In 2017, he joined the faith-based substance abuse treatment center, Freedom Recovery, as their first Clinical Director. He worked there until his illness, which began last September. Often upstaging everyone in the room, Charlie knew no strangers. He was loved by and impacted so many. Friends and family alike were often enthralled and captivated with his descriptive stories, and admired his childhood spirit into adulthood. He spoiled his children and grandchildren with play, fun and laughter. Family, especially his grandchildren were a well of happiness for him. Charlie lived for the time spent with family. His favorite years were the 44 years that he spent with his adored wife. Charlie and Colleen had an unconditional love and an unbreakable friendship which was sustained through prayer and laughter each day. In his early years, he traveled the world while in the Air Force and explored the country on his motorcycle, with his long hair in the wind and, "Ramblin' Man," on the radio. Charlie explored, hiked, traveled, read, researched genealogy, cooked, practiced his extroversion, and always made everything more fun. Above all, he loved Jesus and dedicated his life to serving God and helping those in need. His testimony and example changed the lives of so many. He attended, along with his family, Cypress Church in Galloway. Charlie spent the past 11 months courageously fighting his battle with multiple myeloma. During this time, he continued to laugh everyday with his wife, love on his children and grandchildren, spend hours on the phone with his sister, study the Bible and spend time in prayer. The family would like to thank The James Cancer Hospital and Dr. Naresh Bumma, who Charlie adored and considered a friend, for helping in this fight. With the assistance of SCHOEDINGER DUBLIN, the family will observe a memorial Celebration of Life service at Cypress Church, 377 Alton Darby Creek Road Saturday, August 21, 2021, at 12PM. Friends may visit from 10AM until the start of the service. In lieu of flowers, please consider donating in Charlie's memory to http://freedomrecovery.us .

Charles Claude "Charlie" Vaughn, 71, of Columbus, passed away at the James Cancer Hospital on August 13, 2021. He leaves behind a loving and well-loved family, who think the world of him. His wife of 43 years, Colleen (Cudmore) Vaughn, was... View Obituary & Service Information

The family of Charles "Charlie" Vaughn created this Life Tributes page to make it easy to share your memories.