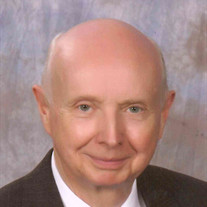 Charles Crouse, 84, of Columbus, passed away on December 6, 2021. He was born on February 28, 1937, in Wellsburg WV, to the late Houston and Omeda (Carman) Crouse. Chuck graduated from Wellsburg High School in 1955. He then attended West Virginia University and received a B.S. in Mechanical Engineering and a B.S. in Electrical Engineering. He later earned his Master’s in Business from Kent State University. He was a member of Beta Gamma Sigma and was a Registered Professional Engineer. His career started with Pennsylvania Power and Light Company in Allentown, Pennsylvania where he was a Station Design Engineer from 1961-1963. From 1963 to 1966 he returned to his home territory in Wheeling, West Virginia to Wheeling Electric Company as Substation Engineer. From 1966 to 1973 Chuck joined Ohio Power Company, Coshocton, Ohio as Distribution Engineer, then Construction and Maintenance Supervisor and last, Engineering Supervisor all in the Coshocton Division. In 1973-1976 Ohio Power Company, Canton, Ohio needed Chuck as Engineering Supervisor, Canton Division. From 1976-1977 he served Ohio Power Company, Steubenville, Ohio as Division Superintendent, Steubenville Division. By 1977-1980, Canton, Ohio became home where Chuck served as Engineering Manager - General Office. He became Manager of Transmission and Distribution Operations in 1980-1990 with American Electric Power Service Corporation, Columbus, Ohio. In 1991-2000 he was Director of Transmission and Distribution Operations and later Manager of Operations Analysis, Transmission and Distribution. Chuck retired from AEP in February of 2000. Chuck was a quiet, gentle man who loved the closeness he had with such loving parents and grandparents who shared his younger years. He inherited a closeness with the Methodist Church in Wellsburg and his faith carried him through the years and continued for a lifetime. He spoiled his adoring wife and son and went to all lengths to shelter them. He was a most selfless human being! Chuck was an usher at Linworth Methodist Church in Columbus for many years and enjoyed volunteering with English as a Second Language with his wife, Chris. He loved our church, the ministers and the congregation. If you wanted to find Chuck, he was always and forever in the beautiful yard he had helped design. He loved planting, pruning, maintaining the property and just being outside in nature. The deer often had sleepovers in the yard and felt very comfortable there. So many neighbors would stop by and visit as he worked…he loved our home and yard. Chris felt so blessed to have Chuck as her husband for almost 60 years! (August 11, 2022) Sean learned what a life of working and serving was through his Dad and they were their own Mutual Admiration Society! He was a proud, proud Dad! Chuck was so pleased with all of Sean’s work accomplishments but mostly he loved what a caring human being Sean has become. Chuck will be greatly missed by his loving wife, Christine Crouse, and his son, Sean Crouse. A visitation will be held on Wednesday, December 15, 2021, from 10AM until 11AM at the Schoedinger Worthington funeral home and a service will follow at 11AM. In lieu of flowers, donations in Charles name may be made to Congregation of Divine Spirit, 2700 Harvard Avenue, Canton, OH 44709 where his mother was cared for many years. Or, alternatively, Faith Mission, 245 N Grant Ave., Columbus, OH 43215.

Charles Crouse, 84, of Columbus, passed away on December 6, 2021. He was born on February 28, 1937, in Wellsburg WV, to the late Houston and Omeda (Carman) Crouse. Chuck graduated from Wellsburg High School in 1955. He then attended West... View Obituary & Service Information

The family of Charles Crouse created this Life Tributes page to make it easy to share your memories.

Send flowers to the Crouse family.