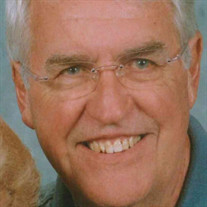 Charles Ronald "Ron" Bookheimer, 85, passed away on January 11, 2022, at his residence surrounded by his family. He was born on December 4, 1936, in Cito, Pennsylvania, to the late Edwin and Beatrice (Souders) Bookheimer. In addition to his parents, Ron was preceded in death by his siblings, Merrill Bookheimer, Lawrence Bookheimer, Elva Bookheimer Davis, Jack Bookheimer, Clyde Bookheimer, Rae Bookheimer Mellott, and Larry Bookheimer. Ron graduated from Hustontown High school in 1955. Following high school, Ron enlisted in the United States Marine Corps and served from 1955 until 1958. He loved the Marine Corps and was proud to work under the Secretary of Defense in Quantico, VA. While in the Marines, he was honored to have met President Dwight D. Eisenhower. Following the Marines Ron attended Shippensburg State Teachers College. Ron and his wife Elizabeth "Liz" Lodge Bookheimer began married life in Hagerstown, MD where Ron worked for General Acceptance Corporation. They moved to Taylor, MI, Indianapolis, IN and Columbus, OH where Ron became manager of the mortgage division of Ford Motor Company until his retirement in 1990. During their residence in Columbus, the family attended Grace Brethren Church. In 2000, Ron was instrumental in organizing the Monday Men's Bible Study which is still active today and a blessing to many. Their son's Brian, Scott, and granddaughter, Emily were enrolled and graduated from Worthington Christian Schools. Liz worked in the high school office for 37 years. Ron served two terms on the school board, one as president. He was also active in Kiwanis Club. Perhaps the most enjoyable part of family life for the Bookheimer's was attaining the goal of visiting all fifty of the United States. God has given us a beautiful country and we were privileged to enjoy it; favorite go-back-to places were Grand Teton National Park and Kauai, Hawaii. Trips to Europe and the Holy Land were also beyond enjoyable. Ron will be greatly missed by his wife of 58 years, Elizabeth Anne Lodge; sons, Brian (Joan) David Bookheimer, Scott (Lisa) Allen Bookheimer; grandchildren, Emily (Ian) Bookheimer Reilly, Vaughn (Ashlyn) Bookheimer, Thomas Bookheimer, David Bookheimer, Katherine Bookheimer, and Annie Bookheimer; siblings, Robert Bookheimer of Glen Allen, VA, Catherine (Jerry) Bookheimer Peters of Scotland, PA, and Dean (Caroline) Bookheimer of Chambersburg, PA; as well as many nieces and nephews. In lieu of flowers, contributions may be made to Worthington Christian Schools, 6675 Worthington-Galena Road, Worthington, OH 43085. A Visitation will be held on Thursday, January, 20, from 10am until 11am at Grace Polaris Church, 8225 Worthington Galena Rd, Westerville OH, 43081. A Memorial Service will follow at 11am.

Charles Ronald "Ron" Bookheimer, 85, passed away on January 11, 2022, at his residence surrounded by his family. He was born on December 4, 1936, in Cito, Pennsylvania, to the late Edwin and Beatrice (Souders) Bookheimer. In addition to his... View Obituary & Service Information

The family of Charles R. "Ron" Bookheimer created this Life Tributes page to make it easy to share your memories.