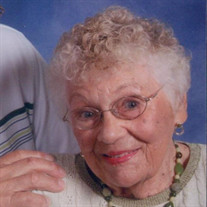 Obituary Followed by additional Stories from Their Lives written by Frank Beverly June Rowe, thankful for a long, loving, and happy life, died in Delaware, Ohio, on Thanksgiving Day, November 26, 2020, at the age of 91. She was born in Fostoria,... View Obituary & Service Information

The family of Beverly J. Rowe created this Life Tributes page to make it easy to share your memories.

Obituary
Followed by additional Stories from Their Lives written...

Send flowers to the Rowe family.