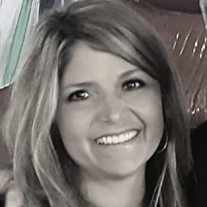 Angela Caminiti Klausman, 49, of Dublin, passed away on October 31, 2020. She was born in Columbus on June 9, 1971 to the late Dominic Caminiti Jr. and Lola (Blesedell) Dillon. In addition to her parents, Angela was preceded in death by her nephew, Dominic Vincent Caminiti IV. Angela was a 1989 graduate of Hilliard High School and would later go on to attend the Ohio State University where she graduated with a bachelor's degree in nutrition and dietetics and graduated in 1994. She spent most of her career as a pharmaceutical sales rep before retiring from Janssenn Pharmaceutical Companies of Johnson and Johnson. She took great pride in the work she did for the pharmaceutical industry and excelled in everything she did. Above all, Angela was known as being a very giving person. She would always think about others before thinking about herself. She took great pride in caring for others, especially her family. She attended her children's many sporting events and was very family oriented. Angela will be greatly missed by her fiancé, Peter Loeb; children, Maria and William Klausman; siblings, Laura (Steve) Jones, Dominic (Amy) Caminiti, Roger (Mary Ann O'Neill) Caminiti, and Vince (Missy) Caminiti; and her step-father, Richard Dillon. A funeral celebrating Angela's life will be held at 11AM on Thursday, November 5, 2020 at Lifepoint Church, 7719 Graphics Way STE B, Lewis Center, OH 43035. Visitation will be held on Wednesday, November 4, 2020 from 4PM until 7PM at the Schoedinger Worthington Chapel, 6699 North High Street, Worthington, OH 43085 and on Thursday from 10AM until 11AM at the church. Angela was a devoted Christian and attended church on a weekly basis. In honor of her faithfulness to the church the family asks that in lieu of flowers, donations in Angela's memory may be made to Lifepoint Church of Westerville. The family would like to extend a very special thank you to Pastor Ed Traverse, who was a very close longtime friend and pastor of Angela and helped guide her through this especially difficult journey.

Angela Caminiti Klausman, 49, of Dublin, passed away on October 31, 2020. She was born in Columbus on June 9, 1971 to the late Dominic Caminiti Jr. and Lola (Blesedell) Dillon. In addition to her parents, Angela was preceded in death by her... View Obituary & Service Information

The family of Angela Caminiti-Klausman created this Life Tributes page to make it easy to share your memories.

Angela Caminiti Klausman, 49, of Dublin, passed away on October...

Send flowers to the Klausman family.